There might be one more Raptor in the works. Blue Oval is reportedly reconsidering a possibility to add the 2019 Ford Everest Raptor as well. The SUV has a lot in common with the mid-sized Ranger pickup truck, so why would not the car manufacturer try to spice up things overseas in Australia and Asia. Just don’t expect the Everest-based Raptor anywhere near U.S. No, Ford probably has a different SUV in mind for the North American fans (most likely Bronco, but don’t tell anyone). 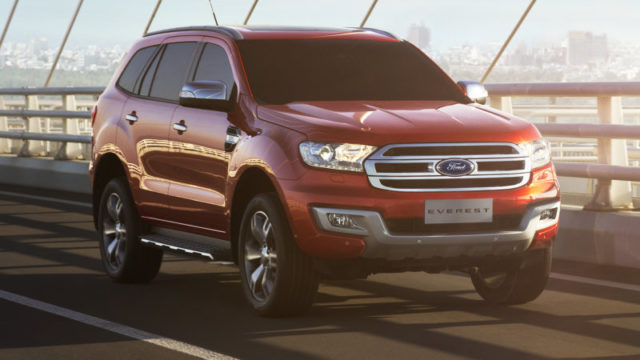 As for the 2019 Ford Everest Raptor, well, the idea came over the Australian website Drive, which reportedly got the story from Ford Australia product communications manager Damion Smy. Now, Mr. Smy hasn’t said anything else regarding the matter, but if this really happens, we think we know what’s going to come. The performance SUV will get pretty much the same treatment as the Ranger Raptor, which means that the vehicle should use Fox Racing Shox internal-bypass dampers, flared fenders and some special tires. Of course, the high-riding vehicle is going to provide an even higher ride, while the carmaker should figure out the way to deal with the rear suspension in a proper way. Ford won’t forget to add some cosmetic changes to the exterior and interior. Though, it’s too early to speculate about the look of the SUV at this point, because it’s not clear yet whether it’s going to be produced or not.

In any case, under the hood, the rumored 2019 Everest Raptor will likely rely on an all-new twin-turbocharged 2.0-liter diesel inline-four. The oil burner is a pretty potent piece of metal that delivers 211 horsepower and 369 pound-feet of torque. It’s paired with a 10-speed automatic transmission, four-wheel drive, plus provides six driving modes.

Like we said, the Ford Everest Raptor is still just an idea, but if they decided to build it, the off-road, high-performance SUV will be ready pretty fast, most likely next year.