Ford’s fourth-generation Mondeo wagon is getting a mid-cycle refresh for the upcoming year. The prototype has been spied testing somewhere in the Alps with a really small amount of camouflage that hides almost nothing. Still, it’s important to mention that the upcoming 2019 Ford Mondeo wagon is not going to feature just the cosmetic changes, but also a few important improvements under the hood. 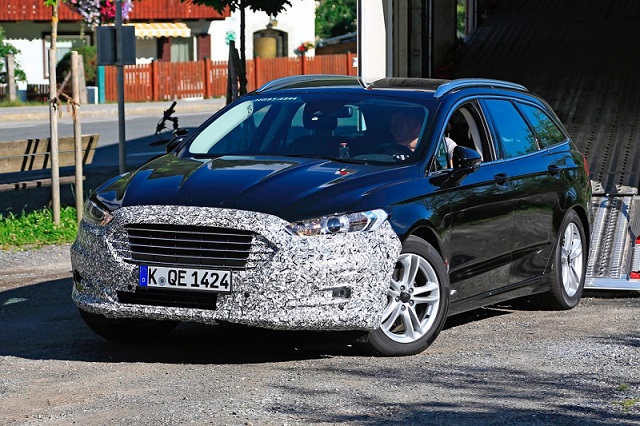 As we’ve heard, the Fusion’s sibling in Europe will cancel the Peugeot-sourced 2.0-liter diesel engine. Instead, the interesting wagon will rely on Ford’s new 2.0-liter EcoBlue diesel. The option will be paired with a brand new eight-speed automatic transmission of the torque-converter type. The gearbox will reportedly support one more new mill under the hood. Yes, the manufacturer intends to add a 1.5-liter EcoBoost three-cylinder turbo. This so-called L-Dragon engine is already available in the Focus and Fiesta, so we know pretty much everything about it. In its base guise, the unit delivers 200 PS (197 hp), but the automaker may also offer the mightier option which is capable of producing 275 PS (271 horsepower). No matter which option of the small turbo engine the 2019 Mondeo wagon gets it will definitely be mated to a cylinder deactivation system, so the facelifted car is going to improve the current fuel economy numbers without any doubt. 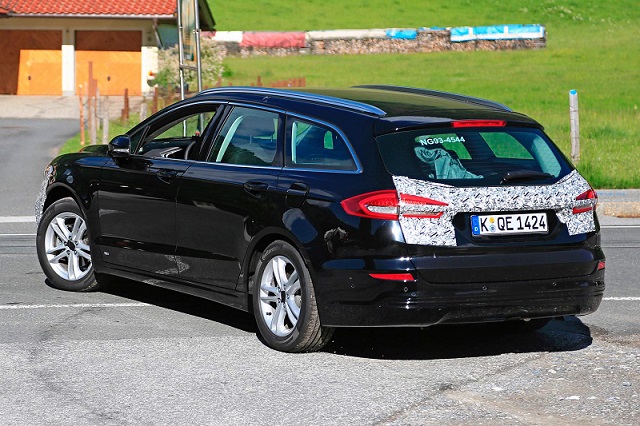 Mondeo’s styling changes are mostly related to its ends. More precisely, the wagon hosts new full-LED headlights, a refreshed front bumper, and new air intakes in the front. On the other end, the wagon will reportedly get a pair of new taillights, also LEDs, which are going to be connected by a single chrome strip. The updated car will feature a far better safety system thanks to the Co-Pilot 360 system that includes automatic emergency braking with pedestrian detection.

The refreshed 2019 Ford Mondeo wagon will be assembled near Valencia in the Almussafes plant. According to our sources, the vehicle will make its official debut later this year at the 2018 Paris Motor Show.