Honda is building a new crossover for North America. The high-riding vehicle will be produced on Lincoln, Alabama plant that builds the Pilot, which implies that the newcomer should have a lot in common with Honda’s popular three-row SUV. Moreover, judging by the latest reports, the new crossover will also use the same nameplate. Though, it’s going to be named the 2019 Honda Pilot Sport or something similar. Why Sport? Well, Hyundai did a similar thing with its Santa Fe. As you probably know, they have the three-row Santa Fe and a smaller two-row Santa Fe Sport. Does that mean that Honda works on a two-row Pilot? Well, yes. The five-seat model will share almost everything else, but it will lose its third row, a few inches in length, and a couple of thousand dollars, so the potential buyers will finally have a Pilot that costs below $30K. 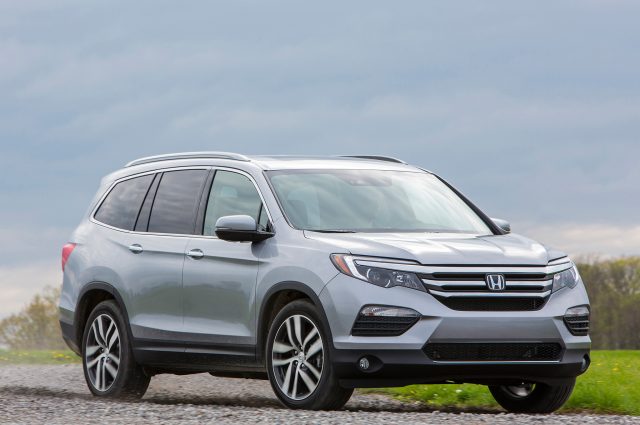 Since the current Pilot features 111 inches between front and rear wheels, the two-row model should get a wheelbase of around 107 inches. This way, the 2019 Pilot Sport would sport a class-leading interior space and better efficiency of the three-row Pilot.

Even though it’s going to be significantly smaller, the rumored crossover will use the same engine as the seven-seater. Motivation will come from a 3.5-liter V6 unit, which currently delivers 280 horsepower. Distribution of the power will go via six-speed automatic transmission to front wheels only. Though, we won’t be surprised if Honda offers some options like a nine-speed gearbox and all-wheel drive. In addition, the carmaker might add one more engine under the hood. We don’t expect CR-V’s 1.5-liter unit. No, the two-row Pilot will host something different, possibly a hybrid powertrain, which combines a 2.0-liter i-VTEC gasoline engine and an electric motor.
The all-new crossover will definitely share the platform with its three-row sibling. However, regardless of the name which will carry, the 2019 Honda Pilot Sport won’t get the same exterior treatment. No, the manufacturer will probably make some cosmetic changes, which will set aside the all-new SUV from its bigger brother.

It’s important to know that Honda hasn’t announced a name of the upcoming crossover, so it’s highly possible that the two-row Pilot won’t be named Pilot at all. However, our reliable sources claim otherwise and we trust them.