So what do you think about the testing vehicle in front of you? Yes, it appears to be some kind of the Honda Pilot. Is the car manufacturer working on an updated version already? The latest reports suggest that. Though some of them are pretty sure that this may not be just a mere (and too early) refresh, but something completely new. They are pretty sure that we are actually looking into the all-new 2019 Honda Passport. The nameplate is absent for a long time and the carmaker is reportedly reconsidering the idea to take it back. The crossover will allegedly be a two-row version of the Pilot. Still, we’ve also heard earlier that the five-seat SUV could be named the Pilot Sport, so who knows what’s going to be the actual truth. 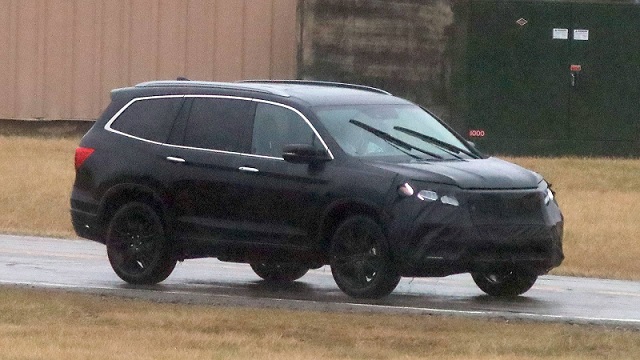 According to Motor1, this is the updated 2019 Honda Pilot. They are sure that the camouflage in the ends covers some new styling cues. Moreover, they suppose that the amazing three-row is hiding some Accord-based design tweaks. To be more precise, there’s reportedly a restyled grille and maybe a pair of updated headlights. The rear end is reported to get new taillights and nothing else. If you want our opinion, the refreshed 2019 Pilot sounds like a science fiction to us because Honda never makes refresh just two years after the arrival of the new-gen model, so why would they do something like that now, especially when we are talking about the Pilot, which is simply amazing and it doesn’t need any kind of styling improvement right now. 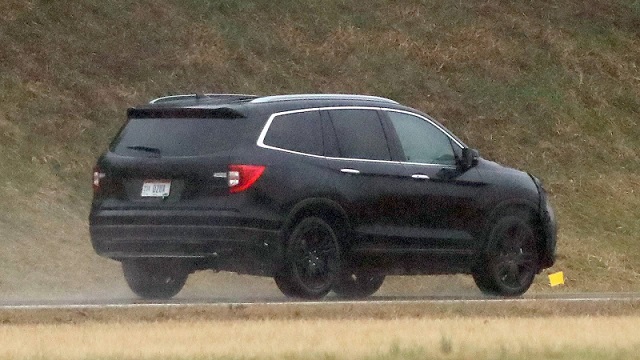 We think that the prototype is actually the 2019 Honda Pilot Hybrid (or plug-in hybrid). The SUV offers just one option under the hood and that’s the only lack (so-to-say) of the amazing high-riding vehicle. The current Pilot is paired with a 3.5-liter V6 that uses Variable Cylinder Management and delivers 282 horsepower and 262 pound-feet of torque to the front or all four wheels. The SUV is using standard six-speed auto transmission, though the toppers such as Touring and Elite trims are mated to a far better nine-speed gearbox. Also, the all-wheel-drive system offers a far better handling thanks to torque vectoring, as well as special modes for snow, mud, and sand.

The 2019 Pilot Hybrid will most likely use pretty much the same version of a two-motor hybrid drivetrain that currently uses the Accord Hybrid. The amazing sedan is connected to the Atkinson-cycle, port-injected 2.0-liter inline-four with 143 horsepower and 129 lb-ft of torque and a 181-hp electric motor. Together these two create 212 horsepower strong powertrain. Now, we don’t really think that the three-row SUV is going to rely on the same system, because it obviously needs more power, though the technology will be pretty much the same without any doubt.

The vehicle will reportedly be introduced pretty soon. According to Autoguide.com, Honda will bring the facelifted Pilot to the upcoming 2018 New York Auto Show.