We don’t know is this really happening, but some reports suggest that Honda reconsiders a hybrid powertrain for its fast-selling pickup truck. The idea isn’t bad at all, while the manufacturer has a suitable system to offer, so we think that there is a possibility of seeing the 2019 Honda Ridgeline Hybrid in the near future. Yes, the rumors indicate it’s going to be finished until the end of the next year, which means it should become available as the 2019 model. 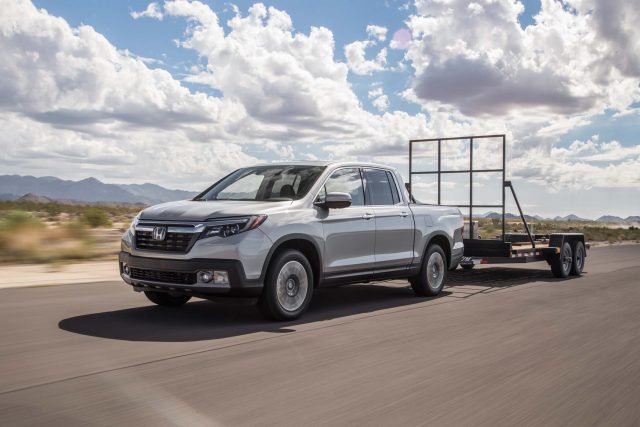 There is a suitable powertrain

If the 2019 Ridgeline Hybrid really comes, it’s going to feature a familiar powertrain. It’s so-called Sport Hybrid SH-AWD system, which currently powers the Acura MDX Hybrid. The drivetrain combines a gasoline 3.06-liter V6 engine with a three-motor hybrid system and seven-speed dual-clutch transmission. The engine is in charge for front wheels, while two electric motors run the rear axle. The third motor is integrated with the transmission. In case the manufacturer decides not to change anything, the Sport Hybrid SH-AWD will deliver 321 horsepower to all four wheels. What’ more important, it’s going to boost the efficiency of the truck. So, instead of 18/25/21 mpg AWD 3.5-liter model, the potential buyers will get the chance to pick the 2019 Honda Ridgeline Hybrid should be rated at 26 mpg city, 27 highway, and 27 combined.

The hybrid drivetrain won’t be everything that Honda plans to change. No, the Japanese car manufacturer will reportedly make some small changes inside and out. More precisely, the unibody truck will receive a few new styling cues in the front and rear, as well as better equipment. Aside of a slightly redesigned dashboard and perhaps new upholstery, the interior will likely get updated infotainment and safety systems.

Honda’s hybrid pickup truck is still just a rumor, so we should wait what’s actually happening. However, as far as we think, the 2019 Honda Ridgeline Hybrid can’t be a mistake. The only issue might be a price, which won’t be below $40K.