Kia is currently working on a new Ceed-based crossover. The model will be officially introduced this spring at the 2019 Geneva Motor Show, which means that the prototype we’ve spotted on a snowy day is actually the pre-production prototype of the 2019 Kia XCeed. 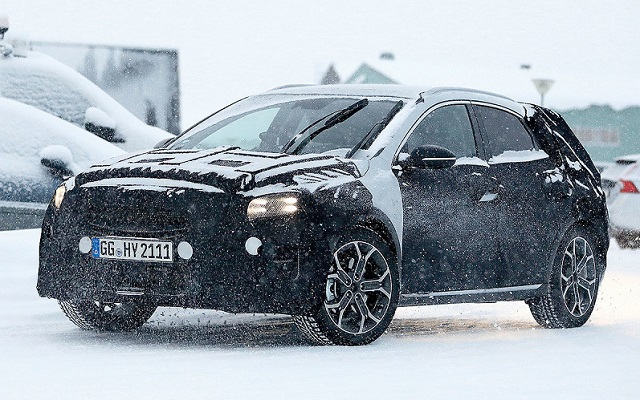 The crossover which nameplate clearly points out its origins will definitely fill the gap (Is there really a gap here?) between the Stonic and Sportage. It will also become the fourth available Ceed, so take care not to be confused when you decide to buy a Ceed. Just kidding of course? The crossover features a significantly higher ground clearance. Based on its dimensions and bodylines, it appears that the 2019 XCeed is going to fight against the Volkswagen T-Roc, Ford Focus Active,  and Subaru Crosstrek.

The camouflage prevents us to see what’s coming, but it’s pretty clear that the crossover is going to mirror the popular five-door hatchback. When we say this, we don’t think on car’s exterior design only, but also on architecture and engine options. 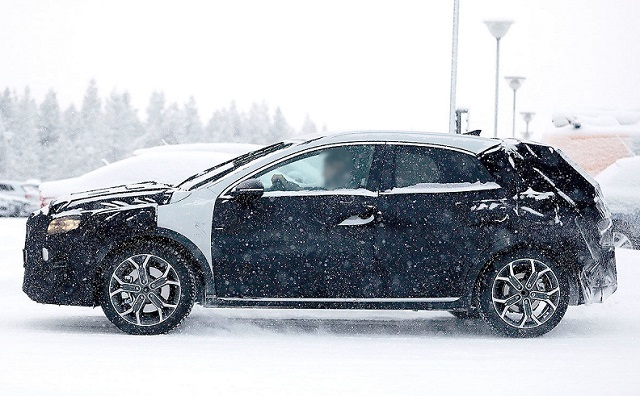 We haven’t seen any AWD Ceed so far, and we believe the trend is going to continue with the crossover version. In other words, no matter which engine you choose it will still send all power to front wheels only. The automaker will offer the base model with a manual gearbox, but potential buyers will be able to choose a more expensive dual-clutch transmission. Also, the crossover will be fitted with special driving models which will be able to handle off-road, snow, and gravel rides.