BMW’s X5 SUV has been officially introduced a few days ago. However, the amazing vehicle is not going to be without the biggest rival for a long time. Moreover, we’ve just spotted a prototype of the 2019 Mercedes GLE in Germany. The automaker is doing all tests home and in Sweden, which is the main reason why we haven’t seen a prototype of the mid-size luxury SUV anywhere in the United States. Still, this doesn’t mean that the production is going to be strictly limited to Europe. On the contrary, the U.S. version will be made at a factory near Vance, Alabama.

As for the prototype we’ve spied, well, the pre-production version was caught from the back this time, so we don’t see the new front end at the moment. However, based on previous spy shots, the front of the SUV appears to be considerably sleeker and matched with a prominent grille. The new headlights seem to be more aggressive and slimmer than earlier, while the new hood hosts slight creases. Around back, the prototype points out a quite interesting shape of taillights and most likely a metal bar between them. The C-pillar is essentially different, so the vehicle looks totally different and smoother from the predecessor. 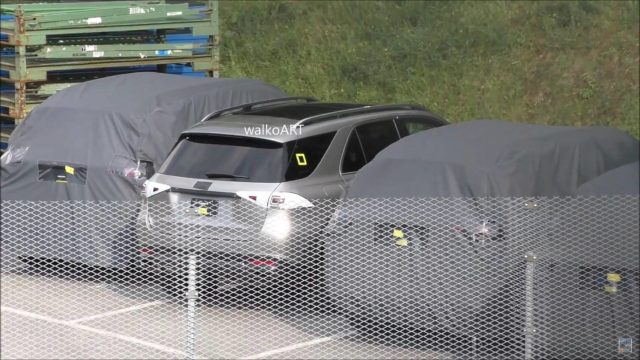 Since it’s going to be a slightly larger than earlier, the 2019 Mercedes GLE will probably offer more space inside. Moreover, since it uses a totally different and smarter platform, the SUV has to deliver a greater comfort inside for all passengers, as well as some extra luggage space. In addition, Mercedes won’t skip the chance to implement the new and awesome MBUX infotainment system and fully-digital screens. Yes, the crossover will lose everything that was analog in favor of digital. 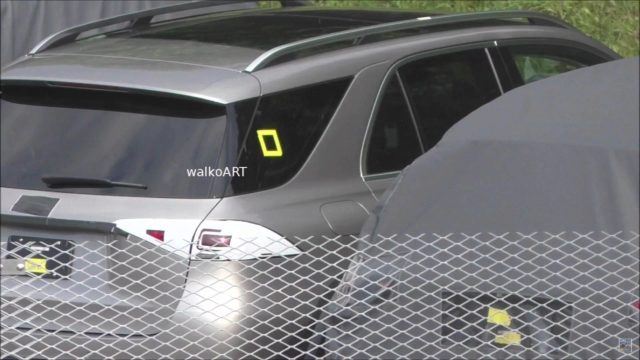 Mercedes will add a range of new engine options under the hood of the new-generation GLE. However, the differences between the European and North American versions will be pretty big, so don’t expect to see any kind of oil-burners anywhere near the U.S.-specs model. Instead, you can expect a 2.0-liter turbocharged four-cylinder as a base option, a 3.0-liter twin-turbo V6 in the middle, and a 4.0-liter twin-turbo to power the AMG model.