Land Rover is currently working on the hottest version of the Velar SUV. The job appears to be almost done as the SVR-treated coupe crossover looks ready to be introduced. The preproduction model has been spotted testing a day ago. As you can see, the 2019 Range Rover Velar SVR is still under camouflage, but that camo is significantly reduced in comparison to the previous prototype, so we are able to see what’s cooking beneath. 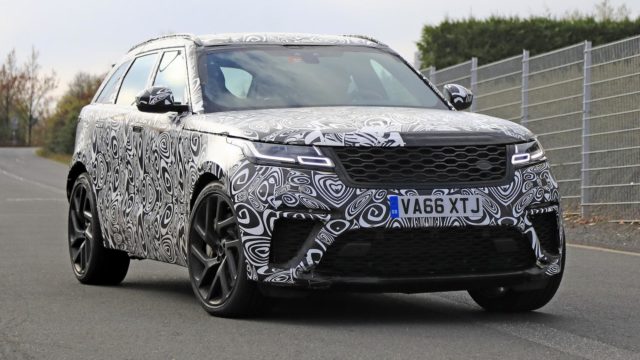 The 2019 Velar SVR shows a mesh grille in the front that appears to be identical to one on the regular model. On the other hand, the hot crossover gets a lot different front bumper with enlarged air intakes. Around back, the topper sports an integrated diffuser in the rear bumper, as well as a pair of really massive exhaust tips. The vehicle is fitted with large wheels that feature beefy discs and calipers inside. 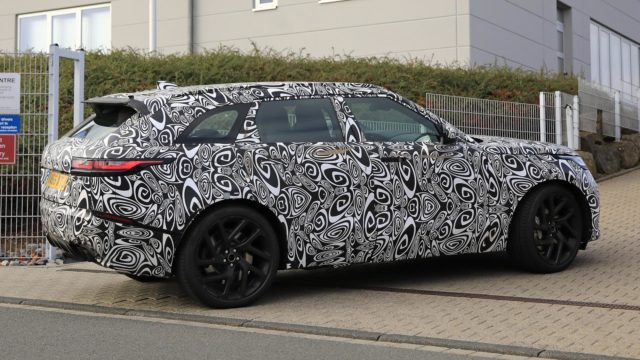 Land Rover hasn’t released any information regarding the powertrain of the SUV so far, but we are sure what’s going to power the 2019 Range Rover Velar SVR. The attractive coupe SUV will definitely use a 5.0-liter supercharged V-8 – the same one that powers Jaguar’s F-pace SVR. The mighty V8 will probably continue to deliver 550 horsepower and 502 pound-feet of torque, or perhaps even more. In case you don’t know, the Range Rover Sport SVR manages to squeeze off up to 575 hp and 516 lb-ft of twist from the same unit. In any case, the engine will be paired with an eight-speed automatic transmission and all-wheel-drive. It will also get a special suspension and anti-roll system. Unofficially, by using the drivetrain, the topping Velar will be able to speed up from 0 to 60 mph in around 4 seconds. 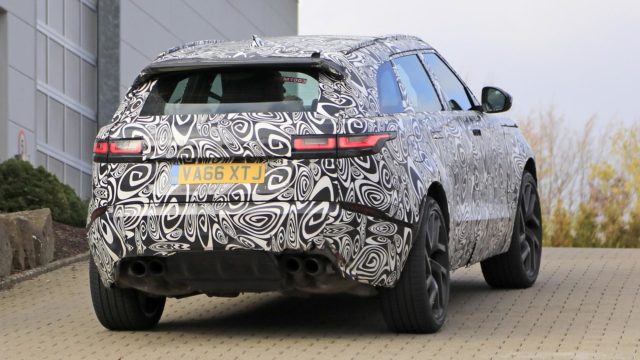 According to the newest reports, the 2019 Range Rover Velar SVR will make debut either at the upcoming Los Angeles Auto Show in late November or early next year, most likely at the 2019 Detroit Auto Show. Whenever it arrives, the coupe SUV will fight against BMW X6 M, Mercedes-AMG GLE63 Coupe, and Porsche Cayenne Turbo.