Volvo’s amazing V60 station wagon is getting ready to introduce its new suit. We know that because our photographers have managed to catch the prototype while it was doing some road tests. The camouflaged vehicle has been spied home in Sweden first, but today the carmaker decided to take a drive all the way to Amsterdam. Still, even though it’s roadworthy, the redesigned wagon won’t be introduced before mid-2018, meaning it’s going to be the all-new 2019 Volvo V60. 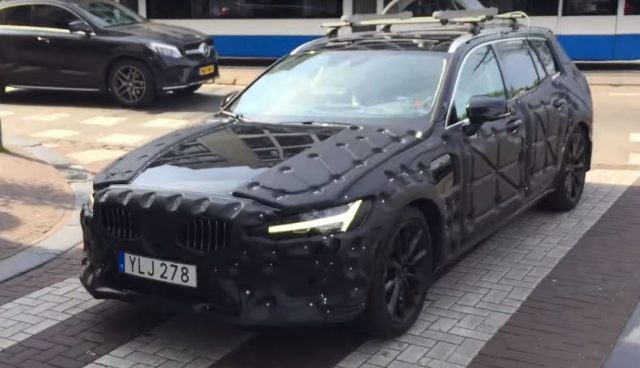 Although completely wrapped, the prototype shows some of the new cues. The next-gen V60 is using new SPA platform. This SPA stands for Scalable Product Architecture, which means it’s capable to support most of the future models. For this particular model, however, the SPA implies lighter and larger bodywork, as well as a range of new powertrain options. We don’t have the official information regarding the footprint yet, but our trusted source claims that the 2019 Volvo V60 should stretch its wheelbase for about 3 inches, while it’s going to be wider as well. That’s going to both driving dynamics and interior functionality of the car.

As for the engine options, the 2019 V60 will likely offer gasoline and plug-in hybrid options worldwide, while markets outside of U.S. will be able to pick an oil-burner as well. The diesel will be mated to a D4 2.0-litre engine with 190 horsepower and 400 Nm and an eight-speed automatic transmission.

The topping next-generation Volvo V60 will use a plug-in hybrid drivetrain. The system will combine an electric motor with a T6 gasoline engine, which will be good for 400 horsepower and 472 lb-ft of torque. The system will also exploit the 8-speed gearbox, which will feed all four wheels.

A new turbocharged 2.0-liter inline-four engine with 250 horsepower and 258 lb-ft of torque will power the base model, while the potential buyers will be able to get a T6 unit with 316 hp and 295 lb-ft of twist. 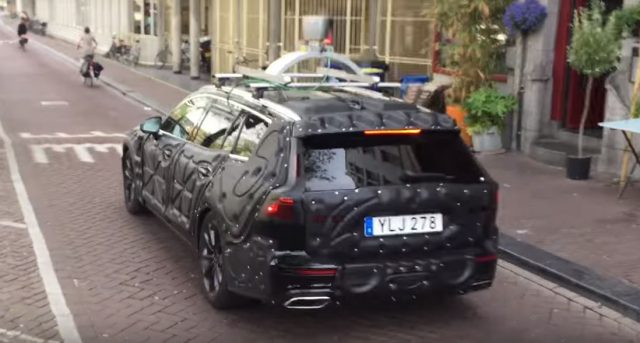 Exterior design is hidden, but we expect to see pretty similar treatment as the new XC60 crossover has received. Meaning, the front end will host a distinctive grille treatment and high-mounted Volvo’s Thor’s Hammer sideways-T LED light graphic. The rooflines are definitely smoother and longer, while the rear hatch features a more pronounced treatment along with new taillights and bumper, also pickup up from the new generation XC60. The Swedish automaker will load the wagon with luxury inside. We expect only the finest materials and latest technologies, including the new Pilot Assist semi-autonomous driver-assist and Sensus infotainment, which is going to include a large, probably 9.0-inch touchscreen and Apple CarPlay and Android Auto connectivity.

The 2019 Volvo V60 will probably raise its base price, but it’s still going to be one of the best wagons you can find.