The 2020 Audi Q4 has been spied once again. The four-ringed all-new coupe-SUV is still under camouflage, but the covering is significantly thinner, so we are able to figure out what’s going on beneath. 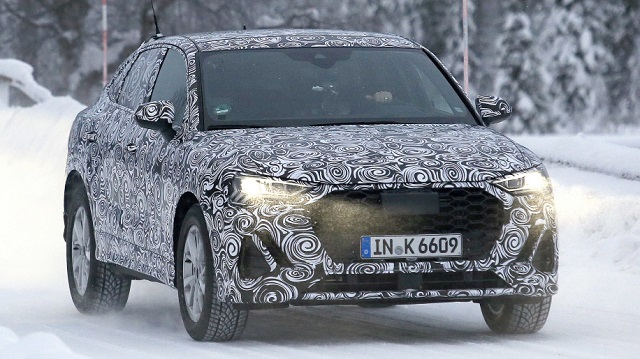 On the first glance, it looks like that the automaker’s new luxury crossover features a sporty design. While we can find some similarities with the Q3 in the front, the rear end gets a unique fastback shape. Compared to the bigger rivals such as the BMW X4 and Mercedes-Benz GLC-Class Coupe, the 2020 Q4 appears to provide even more angular design. Moreover, the profile of the car reveals almost identical silhouette as a Lamborghini Urus. Up front, Audi made things interesting with a wide center honeycomb grille and a pair of aggressive LED headlights. Interestingly, even though there’s still plenty of work to be done, the 2020 Audi Q4 revealed its production taillights. 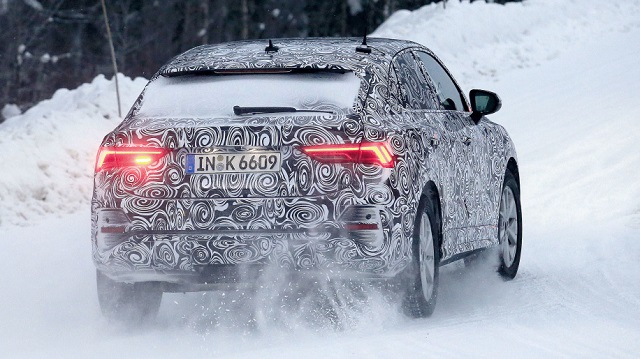 On the other hand, the coupe-SUV hasn’t shown what’s beneath the skin, but we know already. Well, just like the Q3, the vehicle definitely rides on the latest version of VW Group’s MQB platform. However, they don’t share exactly the same “suit”, because the 2020 Q4 is going to feature some additional aluminum panels and a tad sportier suspension. 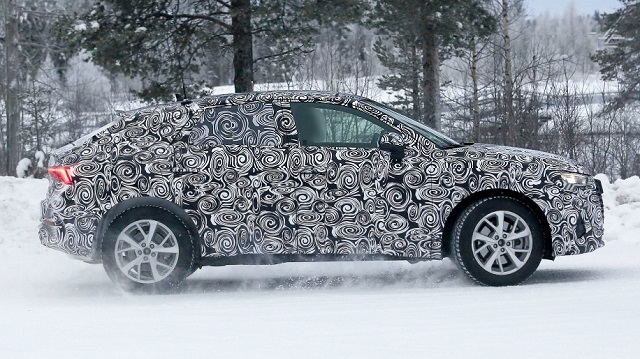 Of course, front-wheel drive will be standard, while all-wheel-drive comes as an option. In Europe, the crossover will come paired with a range of turbocharged inline-4 engines. Buyers will be able to choose between 6-speed manual or 7-speed dual-clutch transmissions. Things will be different in the United States because there will be no manual gearbox for sure. Plus, the vehicle will come mated to a 2.0-liter turbocharged inline-4 only. The unit currently pumps out 252 horsepower.

The sporty crossover SUV will make its official debut late this year, but it won’t become available before early 2020 without any doubt.