Guys from Motorauthority managed to catch a testing prototype of what seems to be Bentley’s vanilla SUV. After the automaker introduced a W12-powered model in 2015, the Bentayga received a V8 diesel and a gasoline-powered V8, as well as a gasoline-electric hybrid. This time, however, the manufacturer works on the most potent 2020 Bentley Bentayga Speed. 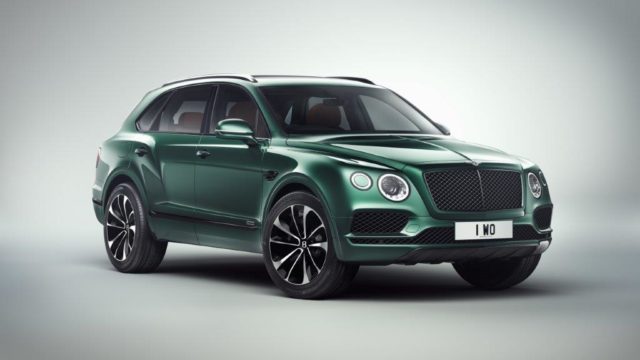 The high-performance SUV will try to match Lamborghini Urus, so it has to have a more powerful mill under the hood from today’s options. As far as we’ve managed to find out, the 2020 Bentayga Speed is going to use a W-12 engine. More precisely, the topper will be paired with the familiar 6.0-liter twin-turbocharged, yet instead of today’s 600 horsepower, the unit will pump out 650 horsepower. How come? Well, we still have no exact details regarding the improvements, yet unofficially, the engine will receive not only software but also hardware changes. According to first estimates, the 2020 Bentley Bentayga Speed will be able to accelerate from 0 to 60 mph under 4 seconds without any problem. Also, top speed will be pushed further to 190 mph.

The exterior styling of the hottest Bentayga will be slightly different in comparison to the regular version of the SUV. Judging by the spy shots from Motorauthority, the model features more aggressive front fascia and enlarged air intakes. The front splitter seems to be extended, while the rear end hosts a new rear diffuser and a special roof-mounted spoiler.

The 2020 Bentley Bentayga Speed is fitted with a special suspension. We know that thanks to the lowered ride height of the testing model.

The high-performance SUV should be introduced in the first half of the year, which means that the sale is going to start this fall. There is no price information at the moment.