The prototype you are looking at isn’t the ordinary new-gen X6. No, this is something far more interesting and far more powerful. Yes, the testing model which has been caught in Austria is actually the 2020 BMW X6 M. Even though is totally camouflaged, the toper shows several giveaways, especially in the front, so we are sure this is the performance model. 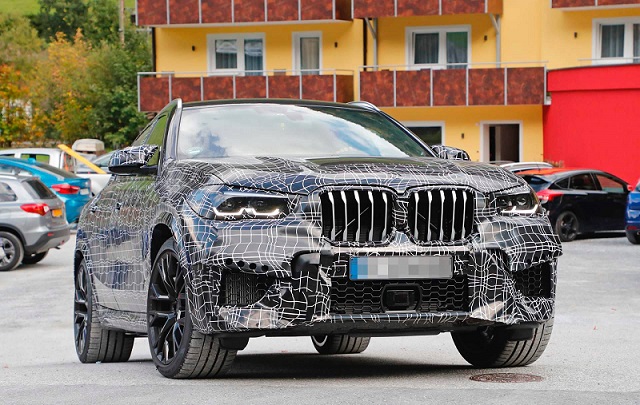 Speaking of details, just look closely and you will realize that the coupe-SUV hosts the new front bumper with massive air intakes, while the rear bumper gets a quartet of quad exhaust tips. There are also the air vents behind the front wheels, as well as the flared arches for wider tracks and wheels. Just like its predecessor, the 2020 BMW X6 M has a roof spoiler. Still, the shape is definitely different than earlier. Plus, the prototype shows another one that’s integrated into the boot lid. The new taillights appear to feature narrower shape, while the LED headlights seem to be shrunk. We are not so sure how many inches the wheels have, but we are certain about the M blue caliper brakes; they are still here. 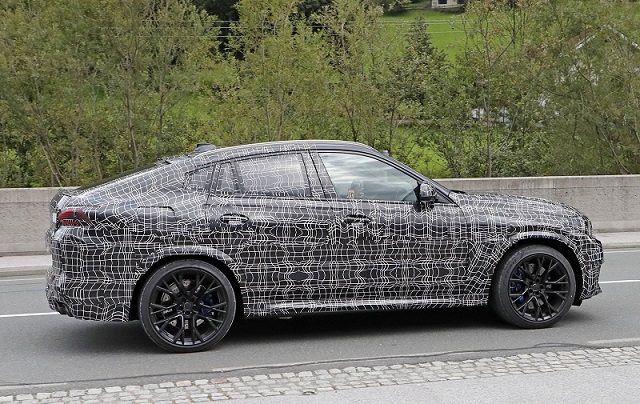 Under the hood, the 2020 X6 M definitely gets the same powertrain as the X5 M. Meaning, you can expect the same S63 4.4-liter twin-turbo V8 engine capable of producing over 600 horsepower. Some reports suggest that there will be exactly 617 hp and 553 lb-ft of torque channeled to all four wheels via an eight-speed automatic transmission.

A semi-autonomous capability and gesture-control infotainment systems will be standard parts of the coupe-SUV without any doubt. The cabin, however, will get some special details, which will set a clear difference between the ordinary and the vanilla model. 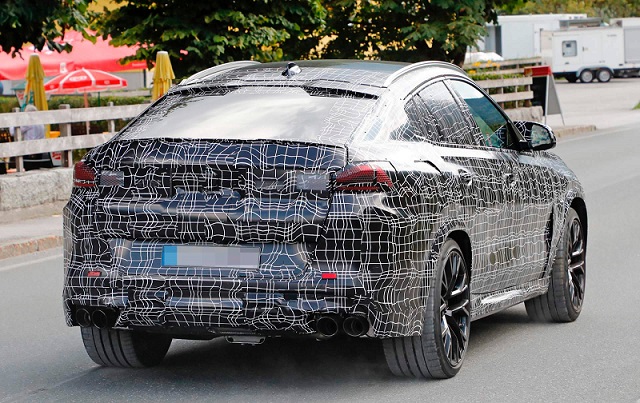 The all-new BMW X6 M will make the debut sometime next year, while the production is going to take place at BMW’s Spartanburg factory.