This is not the first time we’ve got spy shots of the next-generation Chevrolet Silverado HD, but in contrast to earlier occasions when we caught just camouflaged exterior, this time we’ve managed to see the cabin of the heavy-duty truck. To be more precise, the testing vehicle is the completely redesigned 2020 Chevrolet Silverado 3500 HD, though we highly doubt that there will be any kind of differences between this cabin and the interior of the 2500 model. 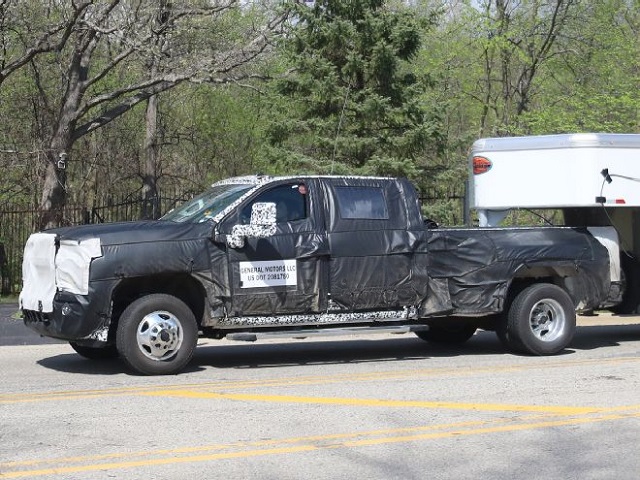 Moreover, if you compare the spy shot and the new cabin of the all-new Silverado 1500, you will see that the car manufacturer uses the so-called “copy-paste” technique. There is a large screen of the top of the center stack that hosts a pair of air vents on each side, and a number of buttons below including HVAC controls, as well as knobs which are in charge for the new infotainment system. As for the steering wheel, well, it’s also borrowed from the smaller sibling.

The camouflaged prototype doesn’t really provide too many information regarding the exterior redesigned. Luckily, the American automaker has released a teaser photo of the front end earlier this year, so we know what’s cooking in the front. The vehicle is going to host a unique hood with a scoop, and chrome-trimmed front end with interesting grille inserts and pretty big “Chevrolet” badge. The 2020 Chevy Silverado 3500 HD will like the half-ton sibling get a new architecture with mixed materials such as aluminum and steel, which will have a positive influence on both rigidity and fuel economy. 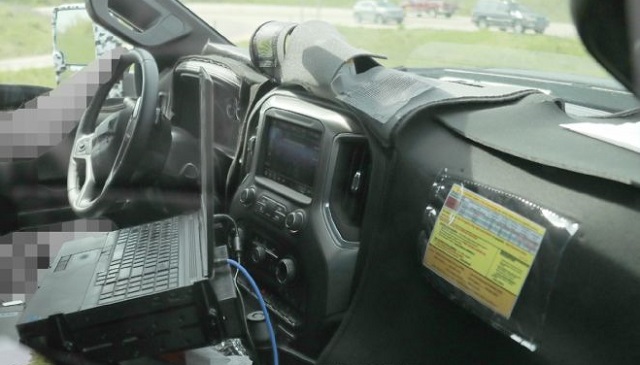 As for the particular testing vehicle, it is towing a three-axle horse trailer which weighs around 7,000 pounds, which is essentially nothing for the heavy-duty truck. The next-generation Silverado 3500 HD will most likely use the carry-over 6.6L Duramax L5P engine. The mighty mill will be capable to deliver 445 horsepower and 910 pound-feet of torque. Still, in contrast to today’s model, the redesigned truck will most likely use a new 10-speed automatic transmission.