The camouflage all around the vehicle hides one quite popular nameplate. It’s a refreshed compact crossover SUV which is going to be introduced late this year as the 2020 Chevy Equinox. In case you don’t remember, the completely redesigned model arrived as a 2018 MY. Meaning, the mid-cycle update comes sooner than anyone expected and brings more from usual cosmetic changes. 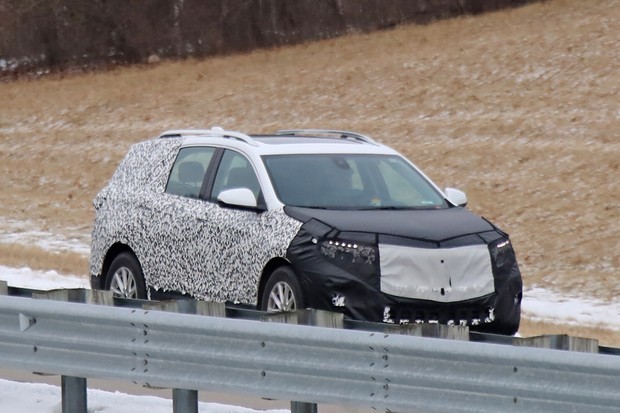 From the outside, the compact SUV will most definitely get a new front end with lower, more aggressive and angular front fascia and a redesigned grille. The 2020 Equinox appears to feature new headlights as well. They don’t only sit more horizontally than earlier; the large projector lights seem to be fitted with new and thin LED elements for running lamps; plus they are pushed more toward the center of the hood. Sides of the SUV reveal slightly reworked C- and D-pillars, slightly sloped rooflines at the “end of the road”, and new alloy wheels, while all the way back, the testing prototype shows a set of new taillights and dual exhausts at each corner. Chevrolet will not forget to add several new exterior colors as well, while we also largely expect some new color combo inside. 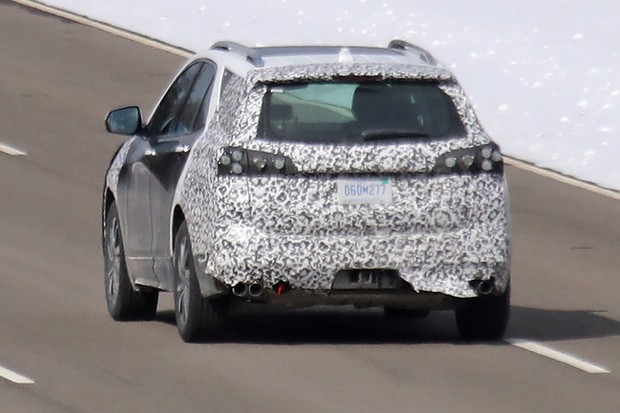 The cabin will not see just new paints, though. No, the 2020 Chevrolet Equinox is also getting a restyled dashboard with circular HVAC vents with, while the automaker should add an updated infotainment system that will come matched with a new screen. List of standard and available features should be increased when the updated crossover arrives. You can expect a backup camera to be standard on every trim; the same goes for blind spot monitoring, rear parking sensors, and rear cross traffic alert. On the other hand, the entry-point Equinox will don’t have adaptive cruise control, automatic emergency braking, and lane keep assist. These will cost you extra money instead.

According to our insiders, the 2020 Chevy Equinox will come without a six-speed ‘box. The option will make space for a more efficient and smooth-shifting 9-speed automatic transmission. Also, today’s turbocharged 2.0L LTG I-4 gasoline engine that pumps out 252 horsepower and 260 pound-feet of torque will be replaced by the company’s all-new 2.0L LSY I-4 turbocharged engine that delivers better fuel efficiency yet less power. Unofficially, the mill will be limited to 231 horsepower (172 kW) and 258 pound-feet of torque (350 Nm) between 1500-4000 RPM.