This isn’t the first time we see a prototype of Chevrolet’s new-generation Silverado HD pickup truck, but it’s the very first workhorse that shows some pre-production details. Yes, thanks to the thin camouflage foil we are able to notice that the 2020 Chevy Silverado HD actually mirrors its smaller sibling, especially in the front end. 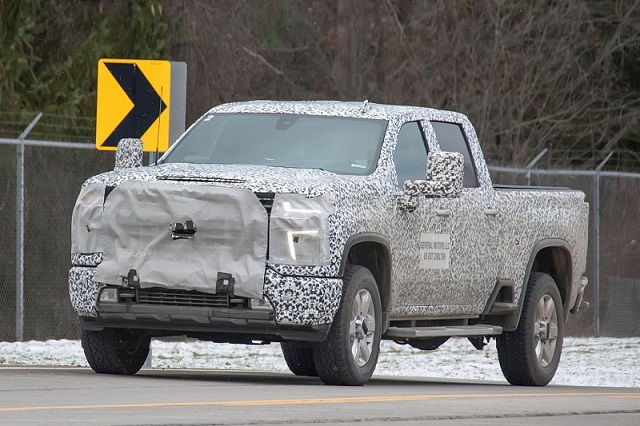 The new front end reveals a pair of familiar two-piece LED headlamps that resemble the new Silverado 1500 with an exception of boomerang DRLs, which are totally new and quite interesting. The truck also hosts a pretty massive grille that definitely gets “Chevrolet” badge in the center. The grille also extends toward the bumper which makes it quite similar to one we’ve seen on the new Blazer. The new Silverado heavy-Duty reveals bed steps on each side, while the entry into cargo becomes even easier with a pair of steps integrated into the rear bumper. 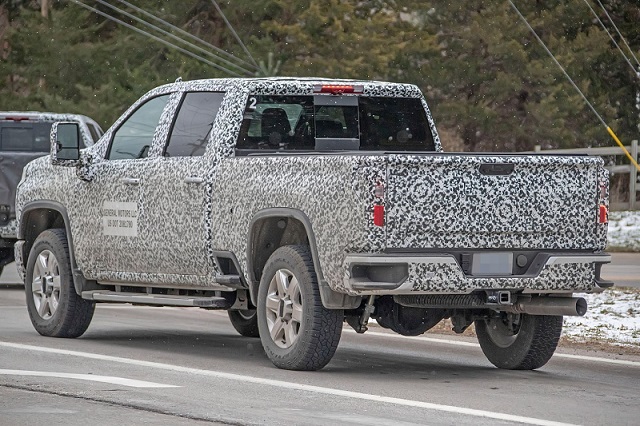 By introducing the 2020 Chevy Silverado HD by the end of the 2019 year, the automaker actually offers 2500HD, 3500HD, and 3500HD chassis cab. Chevrolet hasn’t revealed any engine option so far, but you can expect both gasoline and diesel V8 mills. As the current model comes with a standard 6.0-liter V8 that delivers 360 hp and 380 pound-feet of torque, the redesigned pickup truck will most probably get the updated one that’s going to add at least 10 percent to the existing output. The oil-burner 6.6-liter Duramax V8 turbodiesel currently delivers 445 hp and 910 pound-feet of grunt under the hood of the Silverado HD. The redesigned workhorse will reportedly have exactly 1,000 lb-ft of twist. Of course, the carmaker will strive to improve payload and towing capacities as much as it’s possible. 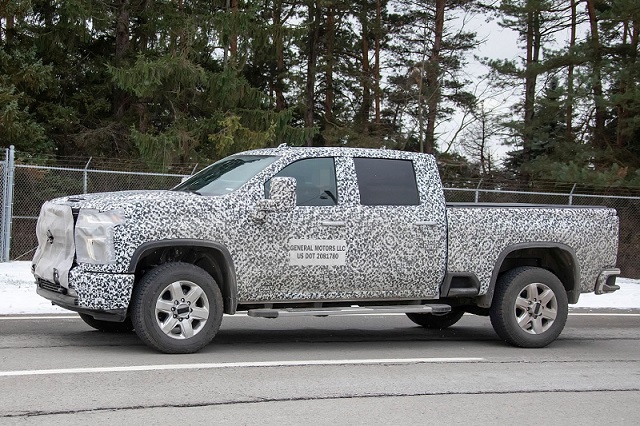 So far, Chevrolet hasn’t revealed when and where it’s going to introduce the redesigned HD pickup truck. We don’t know why, but we think that the truck won’t make its official debut before next year’s Texas State Fair.