Chevrolet’s subcompact SUV has been spied testing yet again. This time, however, the testing prototype shows a lot more, so we have a pretty good clue what’s happening beneath the thin camouflage. The small high-riding vehicle appears to be stealing a lot from its bigger brother. In case you don’t see, the 2020 Chevy Trax is looking essentially more aggressive and attractive from its predecessor thanks to some familiar styling cues which appear to be borrowed from the new Blazer. 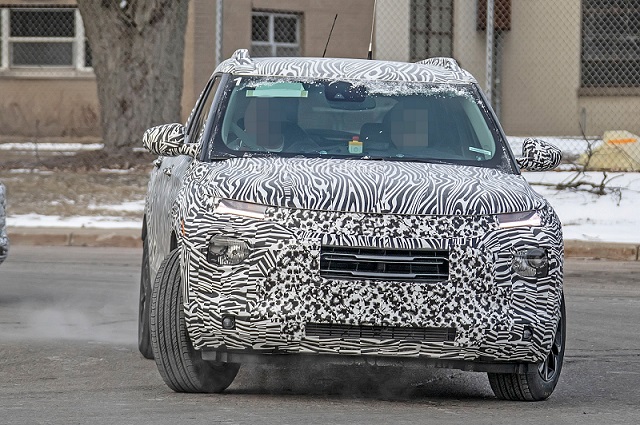 Blazer’s bold exterior design is currently paying off to the automaker, so it’s not any wonder at all why the second-generation Trax is going to mirror the sporty mid-size crossover. As far as we see, the smaller sibling gets pretty much the same ends. Up front, the 2020 Trax shows Blazer’s thin LED lights and identical hood lines. At first glance, the grille looks somewhat different, while the fogs appear to be rounder. From behind, the subcompact sports pretty much the identical hatch, taillights, and bumper that also seem to be hiding a dual exhaust layout. At sides, the next-generation Trax is not only showcasing more dynamic lines but also shorter overhangs, both front and rear.

There’s not much regarding the crossover’s new cabin, but we hope to see a small “Blazer” inside as well. The subcompact will most probably host Chevrolet’s latest multimedia system that’s coupled with 4G LTE Wi-Fi and Apple Carplay and Android Auto. Also, the car will most definitely get the manufacturer’s latest safety equipment.

Unofficially, the new cabin should provide some additional room inside thanks to a few additional inches in length. Though, we should not ignore crossover’s new bones, which enable better arrangement inside. The modular VSS-S platform will also cut some weights as well.

Essentially, we are dealing with a front-wheel-drive setup, which can be shifted to the all-wheel-drive system. Since it’s suitable for electric powertrains, it opens up another chapter for the crossover. Still, we haven’t heard anything regarding the Trax EV so far, so let’s not speculate at the moment. We do know, however, that the 2020 Chevy Trax is going to exploit one or more 4-cylinder options. Today’s model comes fitted with a 1.4-liter turbo-4 good for 138 horsepower and 148 pound-feet, but the successor will most probably come paired with a more powerful 1.4-liter turbocharged inline-4 that pumps out 153 horsepower and 177 pound-feet of twist. The carmaker’s 9-speed auto should also anticipate in the crossover’s second-generation lifecycle. 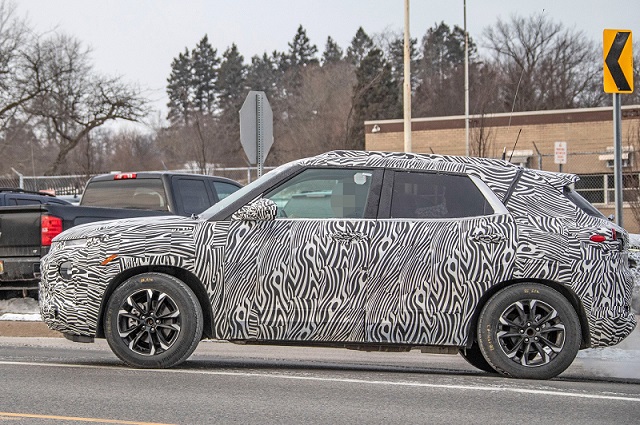 The all-new Chevrolet Trax will make its official debut at the next month’s New York Auto Show.