Ford’s all-new Mustang-inspired electric SUV won’t be called a March 1 as the carmaker originally planned. The nameplate was used earlier for the Blue Oval’s pony car trim, so the manufacturer teased the possibility in order to hear public opinion. Unfortunately for them, Ford’s fans don’t like the idea at all, so the automaker has to think of some better name for the future 2020 Ford Electric SUV. Speaking of which, this still unnamed high-riding EV has been spotted testing a few days ago, and we have a pretty good idea what to expect. 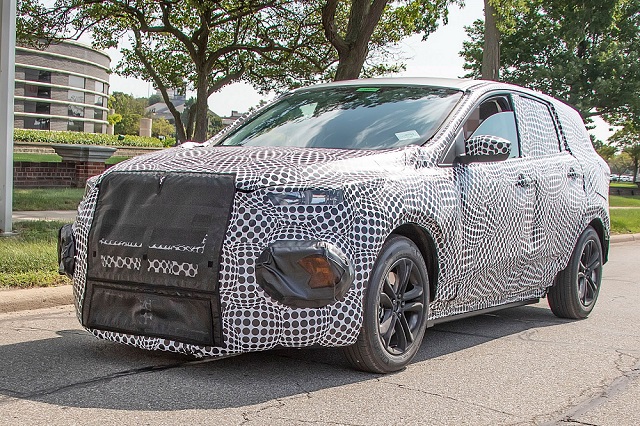 Basically, the camouflaged prototype hides the smallest details, but we think that 2020 Ford Electric SUV is really going to get Mustang-based styling cues. Meaning, the nose, and headlights appear to be borrowed from the popular pony car, as well as the steeply raked windshield. The rest of the car, including the rear, is, on the other hand, unexpectedly boxy. We have to say that we’ve expected a bit more aggressive styling for the performance EV. Still, perhaps the carmaker is trying to fool us with the camo in the back. Moreover, we are pretty sure that they are still hiding the actual design because they also placed the fake exhaust, as well as a sticker for diesel fuel in order to trick us. 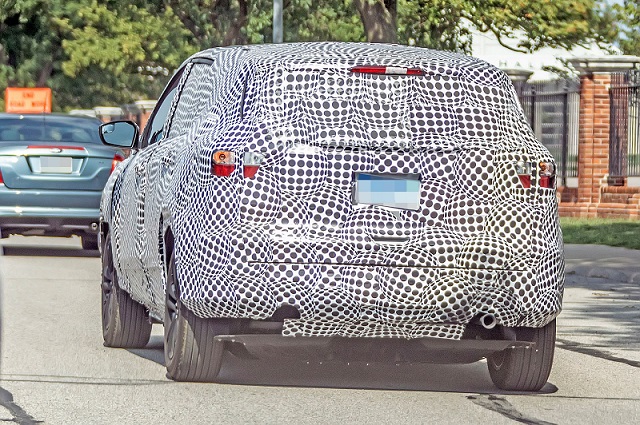 What we know for sure is that the 2020 Ford EV SUV is going to use the company’s new modular platform made for electric models only, which has been confirmed last month. Ford didn’t reveal too many details about the powertrain, but they did promise an electric range of around 300 miles. Unofficially, power will come from a pair of electric motors which will supply all four wheels at the same time. If this really happens, the crossover with compact footprint is going to be at the very top of the segment that currently includes and will include the Audi e-tron, BMW iX3, Jaguar I-Pace, Mercedes-Benz EQC and the Tesla Model Y.