We finally have some revealing spy photos of the next generation Ford Escape. The crossover had been spied several times in 2018, but on every single occasion, the automaker was using testing mules that didn’t reveal any juicy detail regarding the successor. 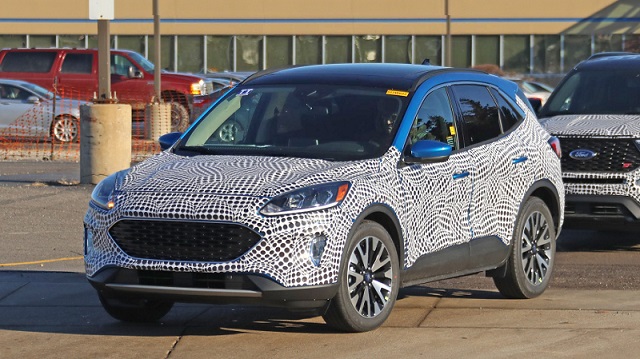 This time, however, the 2020 Ford Escape shows a completely new exterior design, which definitely resembles the Ford Focus Active that’s been available overseas. As far as we can see, the new-gen Escape is going to feature a softer design with fewer edges. There is a totally new mesh grille instead of today’s crossbar styling, plus the SUV hosts sharper-looking headlights and vertically oriented driving lights. At the opposite side, the redesigned car gets a set of reshaped taillights that appear to be more prolonged. Also, the rear window definitely gets a sharper rake, which might have a negative influence on cargo space. 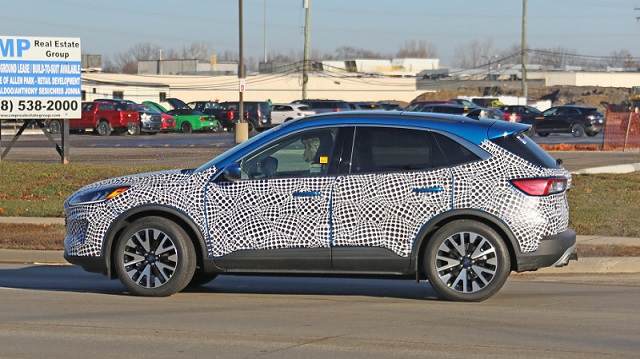 We still have no interior shots, but according to the newest reports, the cabin will most probably be coupled with a bit larger infotainment screen. Of course, the infotainment system will be updated, while you can also expect more advanced driver assistance functions. Do we need to mention that the SUV is getting some new upholstery treatment? No, because that’s something that comes with every complete redesign.

Beneath the hood, the 2020 Escape will definitely use a 1.5-liter turbocharged three-cylinder engine as its base unit. Higher trims will most probably be paired with a 2.0-liter turbo four-cylinder, while you can also expect the Ford Escape Plug-In Hybrid at one point. Both gasoline mills will be mated to a nine-speed automatic transmission. 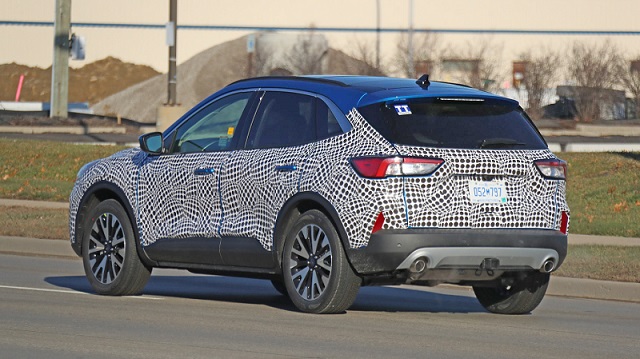 The fully redesigned crossover will be revealed in the second half of this year. On the other hand, it won’t hit the showrooms before early 2020.