Ford is working on a redesigned compact crossover which will be introduced by the end of this year. Still, the arrival of the 2020 Ford Escape isn’t any fresh news at all. We’ve managed to catch several testing prototypes of the popular SUV over the previous year, but the newest spy shots reveal something we’ve announced already. 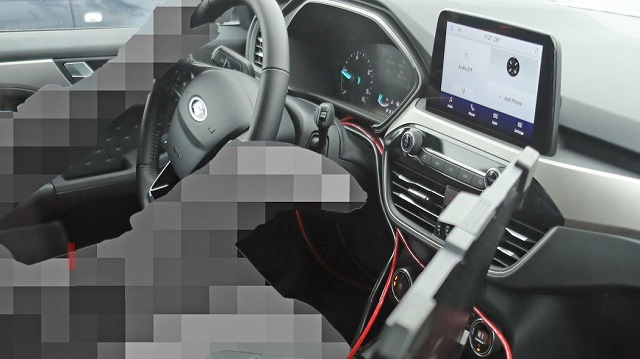 Since the photographers managed to catch a glimpse of the new cabin for the first time, we got ourselves the confirmation of some earlier doubts. The testing model isn’t any kind of the new-gen Escape. No, this one is chained to an electric motor. We got a giveaway in form of the kilowatt gauge.

Even though we have no idea if this the hybrid of a plug-in hybrid model, we are sure the shot of electricity can’t make any damage to the nameplate. On the contrary, if Ford brings both options on the table, the next-generation Ford Escape will become one of the strongest compacts in its segment. 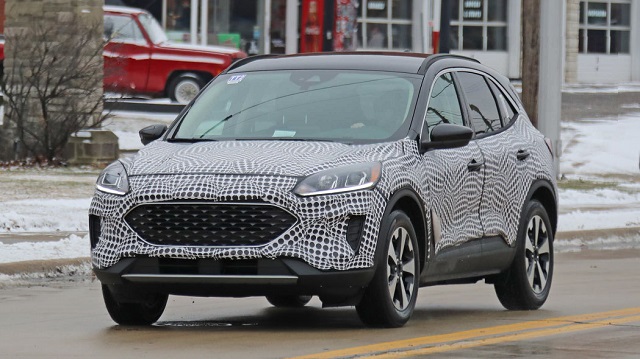 Unfortunately, we still have no clue what exactly are going to use the Escape hybrid and PHEV models under the hood. On the other hand, there’s no doubt regarding the option of the redesigned crossover without electric aid. The entry-point Escape will get motivation from a 1.5L EcoBoost three-cylinder engine delivering about 180 horsepower and 200 pound-feet of torque. The extra-zooty SUV will take the 2.0L EcoBoost four-cylinder that will kick out around 260 horsepower and 260 pound-feet of torque. Both options are going to use a new nine-speed automatic transmission, which will have a positive influence on the car’s fuel efficiency.

We’ve mentioned several times before that the 2020 Ford Escape is going to switch its current design for more attractive looks. The whole new regarding the exterior styling idea came from the Focus Active wagon, but we are sure the cues with fit better to the new Escape. 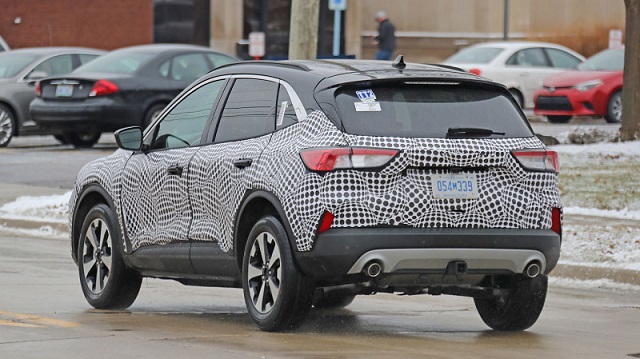 In addition to the kilowatt gauge, the new cabin also shows a modern design with fewer buttons and additional digitalization. There’s also a tablet-like infotainment screen tacked on the dash, yet the impressive vertical air vents from the current model are gone for good.