Essentially, the fourth-generation Ford Escape is supposed to make its official debut in a couple of weeks at this year’s New York Auto Show, but the automaker decided to release everything about it today. According to the manufacturer, the company’s strong-seller gets four options under the hood, as well as the latest safety tech; plus, it has been redesigned from the ground up. 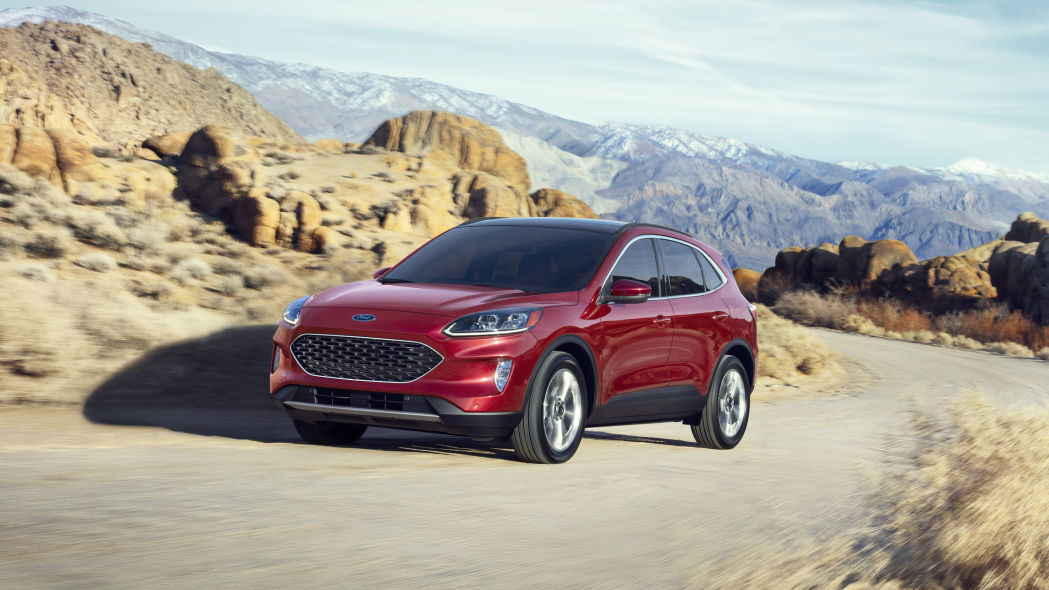 The entry-level model gets a 1.5-liter turbocharged mill capable of delivering 180 horsepower and 177 pound-feet of twist. This one is paired with an eight-speed auto gearbox that sends power to the standard front- and optional all-wheel drive. As for the more powerful gasoline-powered Escape, motivation comes from a 2.0-liter turbo-4 with 250 hp and 275 lb-ft of torque. This one uses all-wheel drive only. 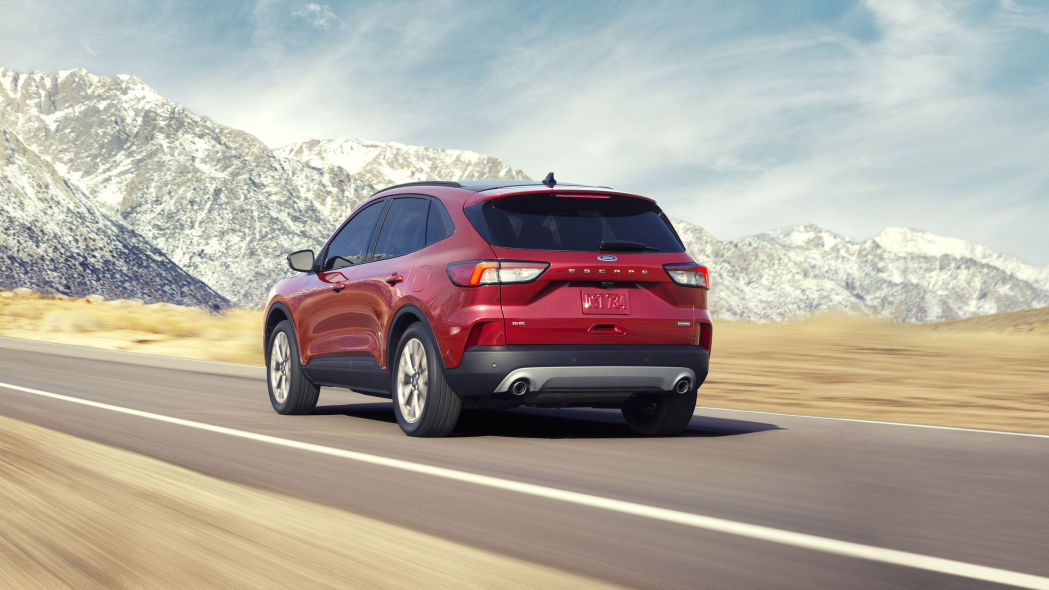 As for the hybrid and PHEV crossovers, well both of them are teamed up with a 2.5-liter inline-4 teamed and an electric motor. Power travels via continuously variable transmission, but the hybrid is limited to 193 hp while the PHEV gets a combined output of 209 horsepower. However, the key difference between these two isn’t output but the battery. While the Escape hybrid gets a 1.1-kWh battery pack, the PHEV is fitted with a 14.4-kWh liquid cooled battery. Thanks to the bigger battery, the plug-in hybrid can drive without any help of an internal consumption engine up to 30 miles. Since it’s compatible with Level 2 charging system, the car will have to be plugged about 3.5 hours for a total recovery. On the other hand, the hybrid version of the SUV is able to travel 500 miles before tank stays without fuel. 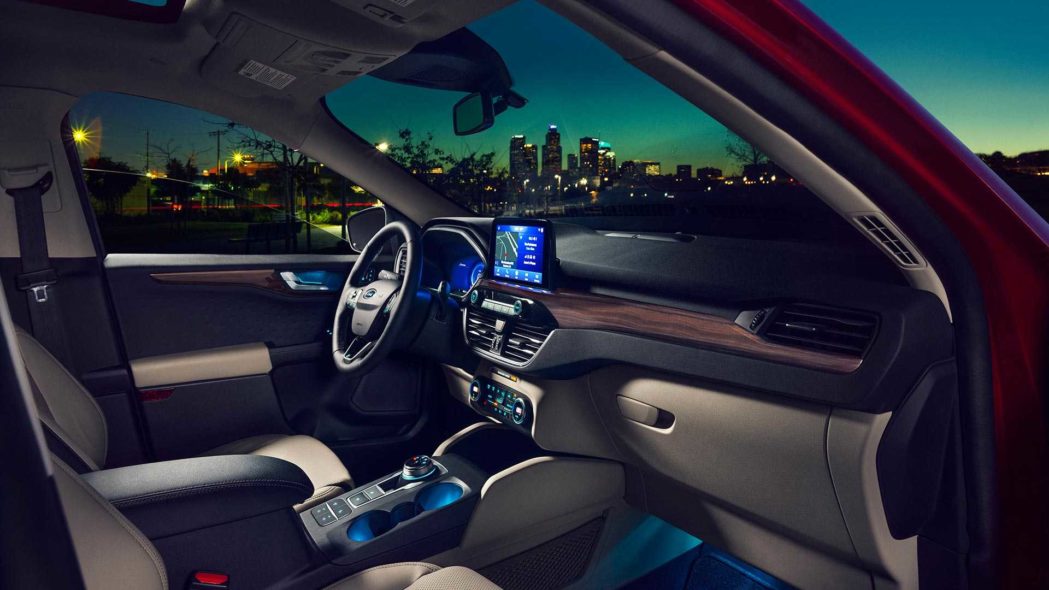 The 2020 Ford Escape rides on a new platform. It’s the brand’s all-new global architecture that made debit with the last year’s Focus. Now, it’s important to say that the redesigned SUV comes longer, wider, and lower, and yet it’s about 200 pounds lighter than the predecessor. The new proportions and new curves make the crossover to look smoother and softer. Some reports even claim that the new-gen Escape steals the exterior design from the Tesla Model Y, but we don’t see it that way. Instead, the new model seems to us as a softened and smaller Edge. For those that want a rugged-looking SUV, we suggest to wait up for the Baby Bronco.

Since it’s widened and longer, the 2020 Escape has to have additional room inside. According to the manufacturer, the compact gets two additional inches of leg room. Though, the rear bench has been hooked to rails so it can slide back and forth 6 inches in order to increase cargo space or passenger’s leg room. 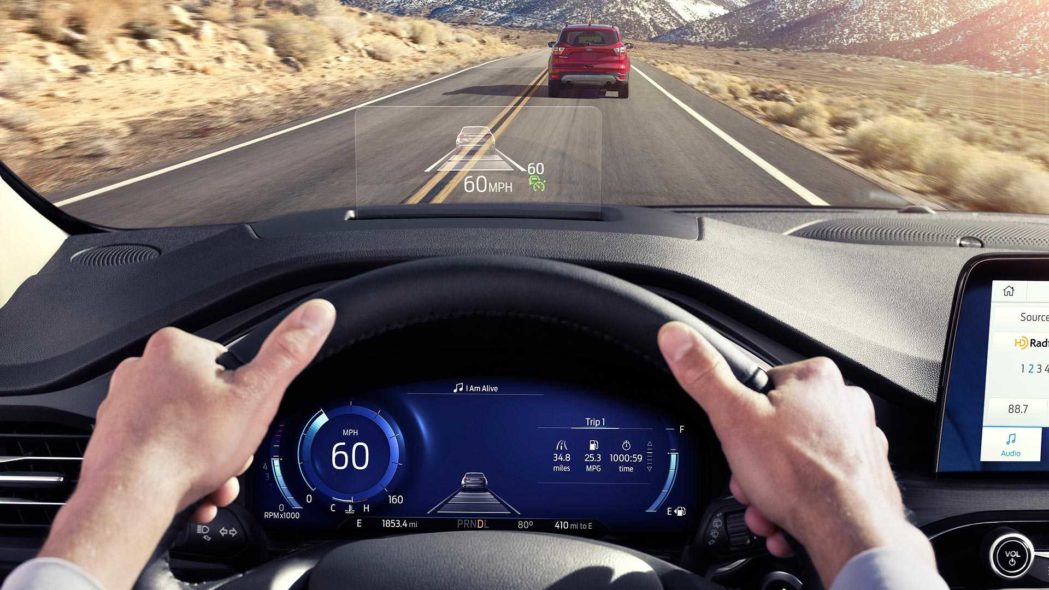 The SUV comes fitted with an updated version of Sync 3 infotainment system which comes paired with Apple CarPlay and Android Auto. From the SE trim and up, the multimedia comes mated to an eight-inch touchscreen. Otherwise, the driver has to manage on a 4-inch display. Also, the automaker offers an opportunity to use 12.3-inch digital instrument cluster which made debut in the Explorer, as well as a 6-inch head-up pop-up display screen that projects critical information on clear plastic behind the steering wheels in the driver’s direct line of sight.

It’s good to know that the SUV gets standard Ford Co-Pilot 360 suite for every trim level (S, SE, SE Sport, SEL and Titanium). The amazing feature gets quite a long list of aids including automatic emergency braking and lane-keeping assist. Still, it leaves out adaptive cruise control and actual lane-centering for which you have to add more money. 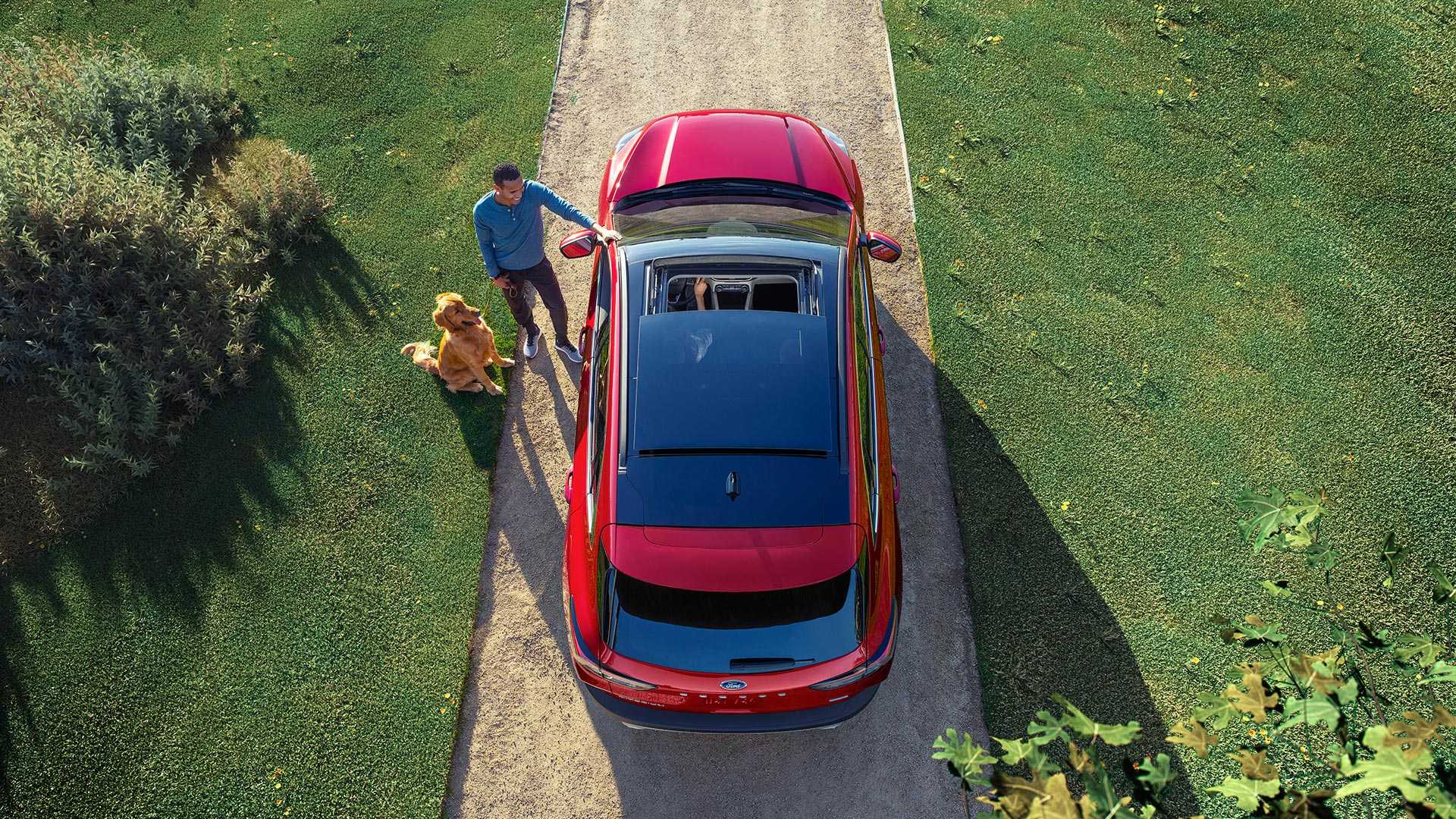 The redesigned 2020 Ford Escape will become available this fall. The automaker will release pricing and fuel economy numbers a few months before the SUV becomes available, so stay tuned for updates.