We’ve managed to catch a prototype of Hyundai’s full-size SUV again. However, in contrast to the earlier prototype which was totally camouflaged, this model reveals a few interesting details of the upcoming eight-seat SUV. As far as we can see, the 2020 Hyundai Palisade will take most of the styling cues from the Grandmaster concept, though there are details borrowed from the Santa Fe as well. 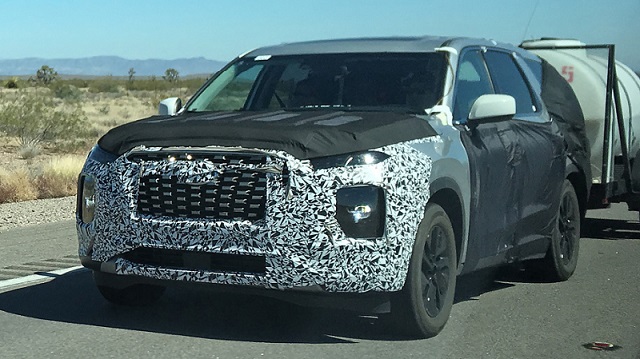 The front end gets Santa Fe’s split headlight setup and quite large fog lights. The SUV definitely hosts Hyundai’s distinctive cascade grille. The small Kona features a similar treatment, though we see a slight difference because the 2020 Hyundai Palisade appears to have a better-integrated slot. The full-size SUV seems to have pretty much the same profile as the Grandmaster concept. The lines of the body are identical, as well as the chrome strip that stretches between the A- and C-pillars. We haven’t managed to see the cabin this time, but we assume it’s going to be wide and spacious; big enough to compete with the biggest names of the segment like the Chevrolet Suburban and Ford Expedition. Plus, the automaker will probably add pretty much the same dashboard and screen arrangement as it did with the Kona. 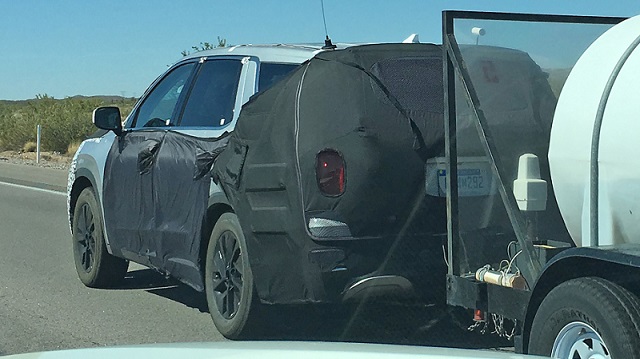 The 2020 Palisade will offer a range of options under the hood. The base model will probably use Hyundai’s regular 3.3-liter V6 engine with 290 horsepower. The carmaker will not skip the chance to add a more potent bi-turbocharged 3.3-liter V6 as well. The mill will most likely deliver 365 horsepower and 376 pound-feet of torque. Both units are going to be mated to an eight-speed automatic transmission and all-wheel-drive. We would like to see a 5.0-liter V8 engine as a topping option, but this may not happen. Instead, the manufacturer could use concept’s 3.5-liter V6 engine paired with an electric motor. The drivetrain pumps out 400 horsepower, while some rumors say that the electric drive should be limited to 27 miles. 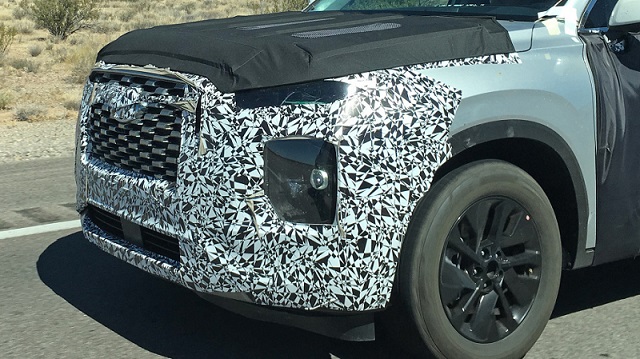 As far as we’ve managed to find out, the 2020 Hyundai Palisade is going to be introduced next year, most likely as the 2019 New York Auto Show. The U.S. dealerships will get the eight-seat SUV in early 2020.