Hyundai introduced a new entry-level crossover at this year’s New York Auto Show. Believe it or no, this one is even smaller than Kona, and even cost significantly less. To be more precise, the 2020 Hyundai Venue is about five inches shorter than the Kona, which makes it about the same size as the Hyundai Accent. The Korean automaker hasn’t provided any pricing so far, but we think that the mini SUV is going to be priced somewhere around $18K. According to the manufacturer, the all-new Venue will hit the showrooms in the fourth quarter of the year. 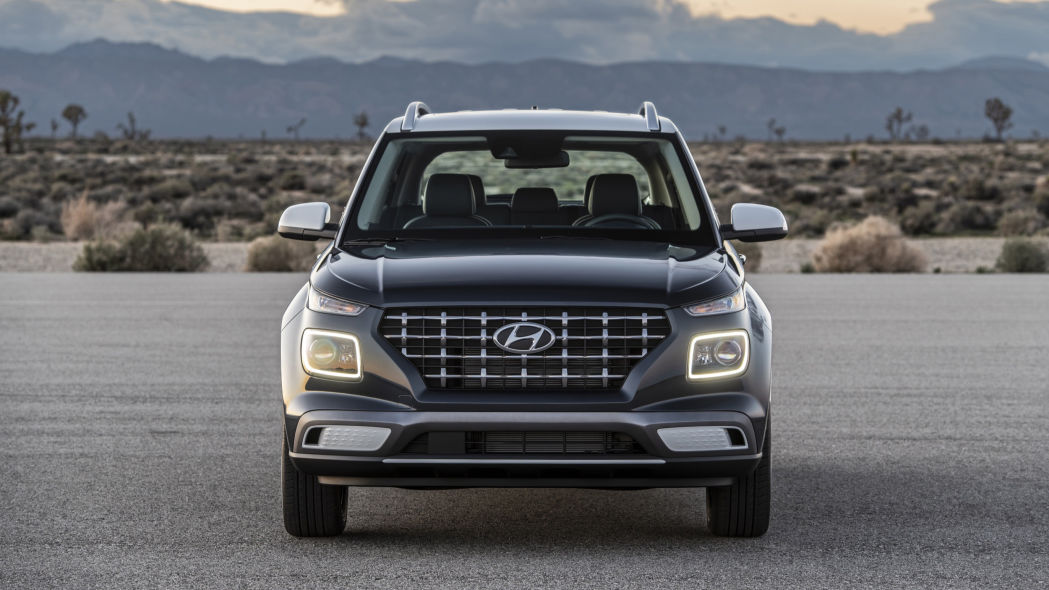 With its 158.9 inches in length, the 2020 Hyundai Venue seems to be irreversibly tight inside, right? Wrong! This one sports almost boxy and truly SUV-alike shape which is quite useful in these situations. Truth to be told, you won’t be able to stretch your legs in the back, but there are 19 cubic feet of cargo room which can be increased to 32 cu-ft when the car’s rear seats fold down. According to these numbers, the all-new crossover fits somewhere in the middle of the small-SUV segment, which is not bad at all. 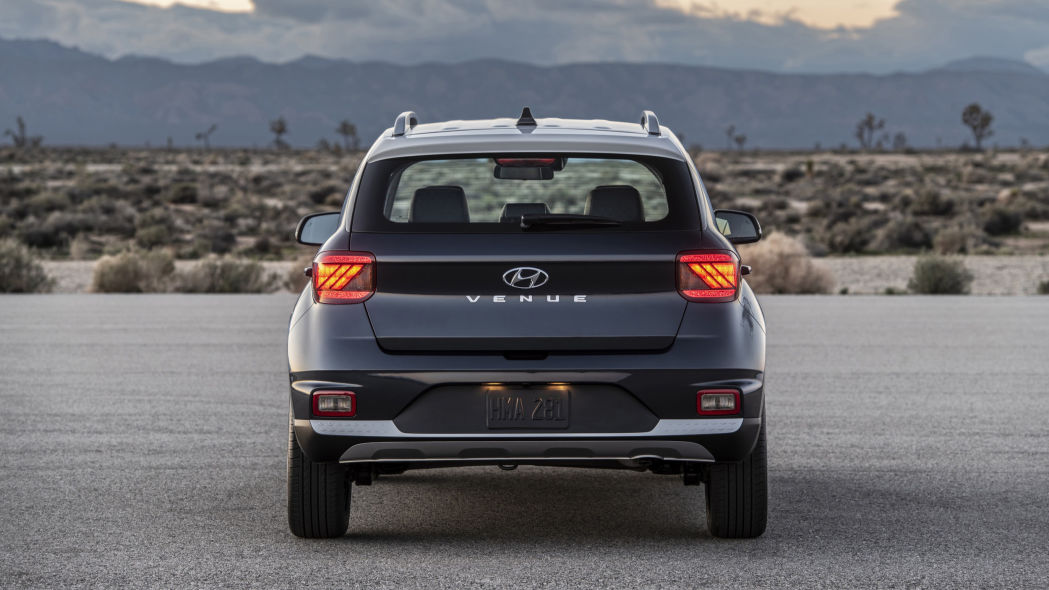 This normal-SUV exterior design is quite a refreshment in the segment don’t you agree? The new crossover looks simply amazing thanks to the boxy design which has been spiced up correctly. Truth to be told, we’ve seen these eyebrow running lamps and low-mounted boxy headlights somewhere before, but they fit perfectly to the 2020 Venue. The automaker pumped-up shoulders, so the model looks powerful enough despite its tiny size. 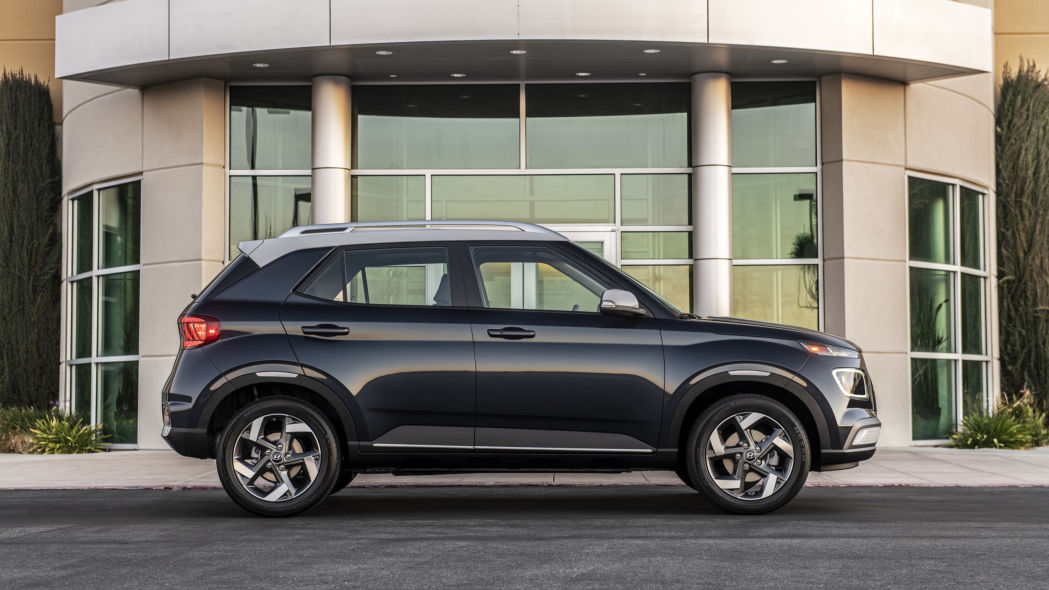 The carmaker managed to fit a lot into the small SUV. This one sports an 8-inch infotainment screen with Android Auto and Apple CarPlay smartphone integration. There’s a pair of large HVAC knobs that are in charge of circular climate-control display, as well as a driving modes selector with a Snow mode. The crossover provides a rear-view camera, heated front seats, and heated side mirrors. There is available navigation with a three-year subscription to real-time traffic info, as well as forward-collision warning, automated emergency braking, lane-keeping assist, and a driver-fatigue monitoring system. 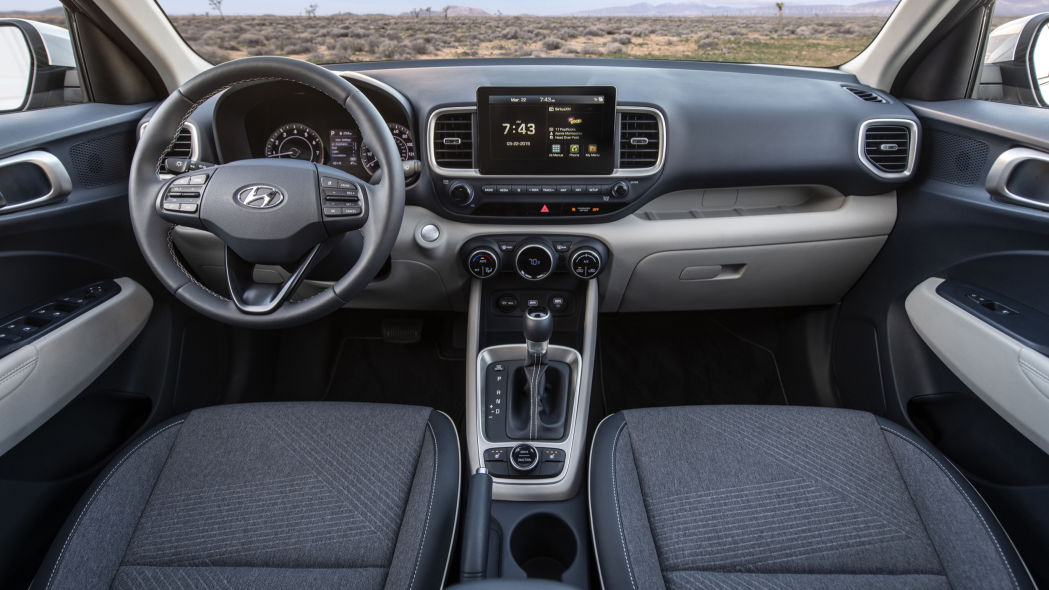 The all-new baby crossover has been strictly paired with a 1.6-liter inline-four engine that powers front wheels only. No, this one has no other option and there will be no available all-wheel drive. Still, potential buyers will be able to make a choice between a six-speed manual and continuously variable transmission. The Korean automobile company didn’t want to say how many horses are going to deliver the small engine, but we expect to be at least as powerful as the Nissan’s Kicks, simply because this one will be the biggest rival of the upcoming Venue. Though, they’ve bragged with fuel economy numbers. According to the company, the 2020 Nissan Venue will return up to 33 mpg combined. 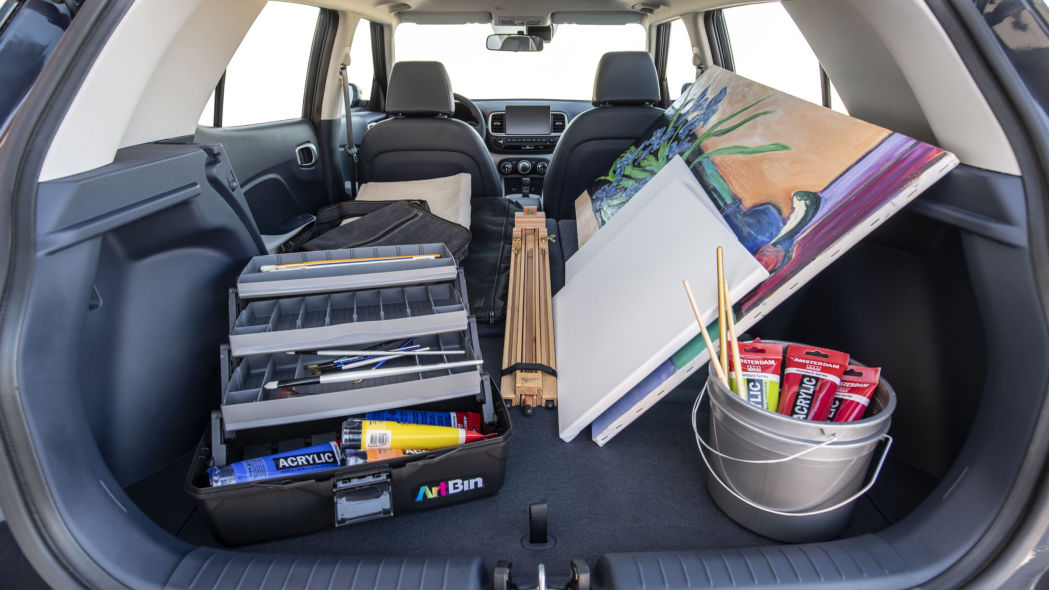