It’s not quite clear when the Korean carmaker plans to introduce a completely redesigned Soul, but judging by the last spy shots we’ve received it’s more likely that this is going to happen in early 2019 than late this year. In any case, a prototype that you are looking at isn’t any kind of the vehicle. No, this is the 2020 Kia Soul Turbo. 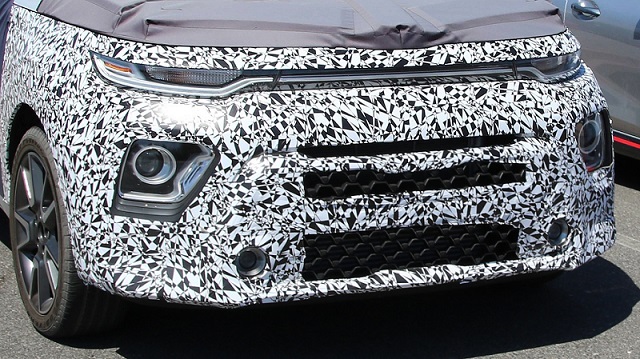 The model was spied testing in Death Valley, California a few days ago. The crossover shows essentially the same shape as earlier, yet there are a number of new details, especially in the ends. As far as we can see, the 2020 Soul Turbo gets a bit narrower and longer hood, and a totally different grille which sits lower than before. Still, perhaps the most interesting details are new split headlights which received a full-width treatment. They also have a pair of integrated turn signals into each end. The foglights are, on the other hand, totally the same as earlier.

While the profile of the SUV appears to be identical to the current one, the rear hatch hosts some changes. As we’ve seen earlier, the 2020 Kia Soul Turbo will have boomerang-styled taillights and a completely new exhaust system, which is actually a center-mounted pipe. 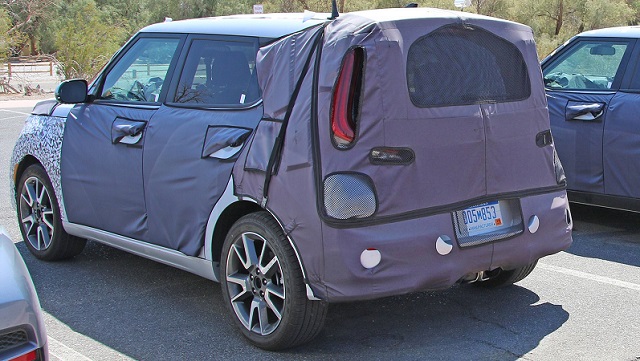 The new-generation Soul will ride on a new platform. This is the SK3 platform which is essentially a front-wheel-drive platform, but it supports all-wheel-drive as well. In the powertrain department, well, the crossover will either use the current 201-hp option or the updated version of today’s 1.6-liter turbocharged engine. Plus, the Korean car manufacturer may reconsider a manual gearbox as an option this time.

As we’ve said earlier, the redesigned 2020 Kia Soul Turbo will probably appear early next year, most likely at the 2019 Detroit Motor Show in January.