The Korean automaker Kia is working on yet another high-riding model. Originally, the compact-sized crossover was planned for Indian customers only, but things look deferent now. Last year, the manufacturer made a preview in form of the SP Soul Concept at Auto Expo 2018. Now, however, the SUV which will most definitely be introduced as the 2020 Kia Tusker has been confirmed for the United States as well. 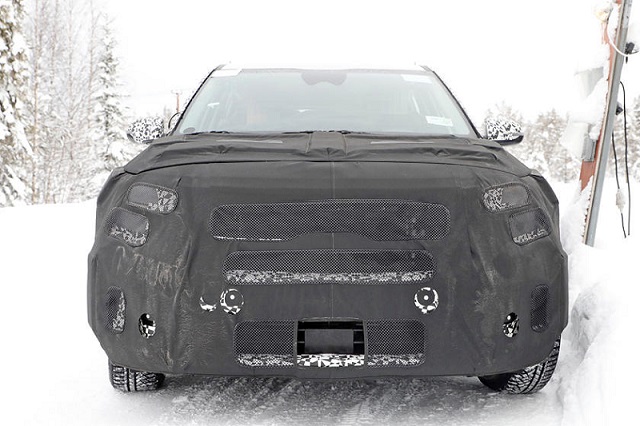 It’s quite difficult to presume what’s hiding beneath the camouflage at the moment. However, based on earlier reports and these spy shots, we strongly believe that the production model won’t differ overly from the concept. Meaning, in addition to already visible attractive, sporty shape, the 2020 Tusker is going to host concept’s prominent tiger nose and sleek lights in the front. The bumper seems to be slightly changed, though. We sincerely hope to see the attractive wheels of the testing model when the production model arrives. In addition, the rear end currently shows just a pair of partly camouflaged horizontal taillights. The entire rear end and roofline seem to be flat enough to deliver plenty of cargo room. Moreover, since it’s going to be based on the same platform that underpins new Hyundai Creta, the new SUV should deliver almost class-leading space. In contrast to concept’s pop-out door handles, the 2020 Kia Tusker will most definitely feature regular handles. 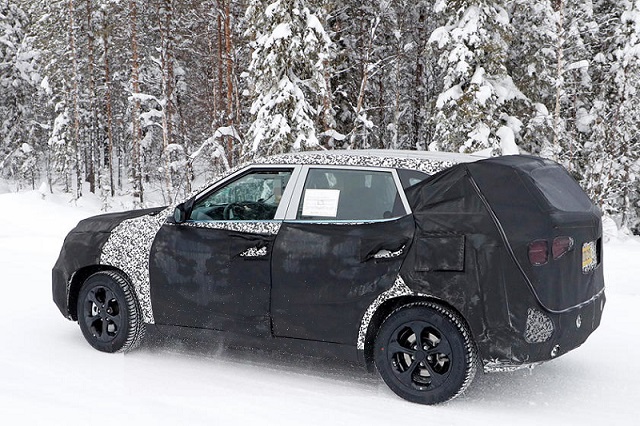 So far, we have no clue what’s going to happen inside of the crossover. More precisely, it’s quite clear that there’s going to be room for five passengers. The all-new crossover has the biggest chances to succeed if the automaker offers pretty much the same equipment as it offers with the new Niro. Meaning, the crossover will most likely come fitted with the standard UVO infotainment system which will exploit a 7-inch touch screen. Android Auto and Apple CarPlay connectivity, as well as satellite radio, six speakers, Bluetooth, voice recognition, and a USB port, are features we largely expect. Kia will not forget to add dual-zone automatic climate control and a rearview camera to the standard list as well. More sophisticated equipment such as an 8-inch touch screen, navigation, an eight-speaker premium audio system, a wireless phone charger, HD Radio, and an additional USB ports will be optional.

Depending on markets, the carmaker will offer several options under the hood. Outside of the U.S., the 2020 Kia Tusker is going to use a 1.4-liter turbocharged gas engine, while the North American version of the crossover should host a 2.0-liter naturally aspirated mill. In addition to the four-cylinder unit, potential buyers will most probably see some kind of hybrid of even PHEV. According to various reports, the manufacturer will not offer AWD model at all. No, the feature will stay reserved for the Sportage. On the other hand, a seven-speed dual-clutch will be available for sure.