Blue Oval is preparing two plug-in hybrid SUVs which will make the debut sometime next year. Basically, they will be quite similar thanks to the same powertrain. However, everything else will be different including the price, because one of them is going to wear Ford badge, while the other comes from Lincoln. Both, the 2020 Ford Escape plug-in hybrid and the 2020 Lincoln Aviator plug-in hybrid have been spotted testing near Ford headquarters in Dearborn, Michigan, but we are more curious about the all-new Aviator.

The nameplate has been previewed at the New York Auto Show back in March. Even though it was caught completely camouflaged a day ago, we can still anticipate what’s beneath. It’s actually quite easy to figure out because the 2020 Lincoln Aviator plug-in hybrid won’t differ at all from the model that was introduced earlier in the Big Apple. The wrapped front end hides the automaker’s signature grille, unchanged and really attractive headlights, as well as an unobtrusive though gorgeous bumper. The profile looks untouched too, while the rear end should keep the attractive taillights unchanged.

The testing vehicle is using a 12-inch tablet-style screen with Bluetooth, Navigation, Sync Connect, and Mobile Apps features, while the rest of the cabin is still camouflaged, so we can’t figure out how extraordinary the interior is going to be. On the other hand, we are pretty sure that list active safety technology will be pretty wide and will include standard lane keep assist and automatic emergency braking. 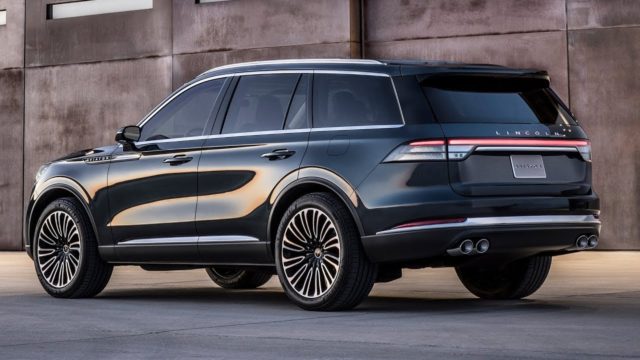 We still have no idea what’s going to power the 2020 Lincoln Aviator plug-in hybrid. According to the latest reports, the system will combine Ford’s twin-turbocharged V6 EcoBoost engine and a plug-in setup. Though, we would not be surprised if the carmaker decides to use its turbo-four engine for the drivetrain.

Even though it’s going to be very interesting to see the Aviator with the electric help, we can’t wait to see the EV model. Yes, the manufacturer will reportedly add the Aviator EV by the end of the 2021 year, which will deliver a driving range of 300+ miles.