Although it’s going to be introduced in summer, the 2020 Mercedes-AMG GLB35 had to check out its abilities on cold weather. Judging by the testing prototype, the boxy-shaped SUV will have no problem with snowy roads. Moreover, the crossover’s powerful mill under the hood shows no difficulties to push forward the crossover on the frozen ground. 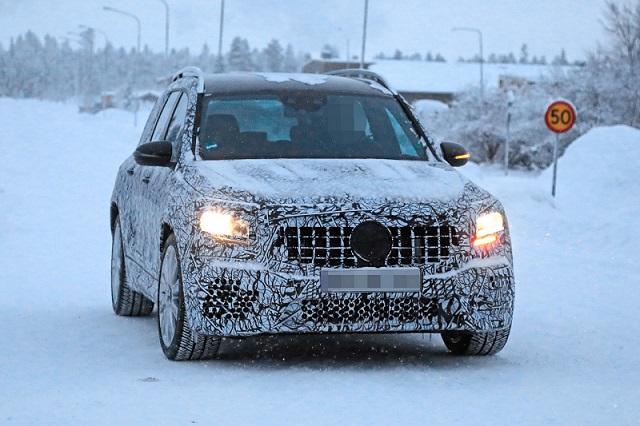 Regardless of the fact that Mercedes hasn’t confirmed anything so far, we are pretty sure what’s going to power the upscale B-segment SUV. The automaker will most definitely use the amazing 2.0-liter turbocharged inline-4 engine that powers the A35 hatchback. Under the hood of the hatch, the mill pumps out 302 horsepower and 295 pound-feet of torque and we expect the identical output for the crossover. In addition, the unit will be coupled with a seven-speed dual-clutch transmission and all-wheel drive. As a result, the 2020 AMG GLB35 is going to be able to speed up from 0 to 60 mph in just 5 seconds.

Compared to the regular GLB, the performance-oriented model shows clear changes in body height. The lowered bodywork is followed with increased rigidity and sporty equipment. Up front, the crossover reveals a more aggressive lower front fascia, which will be paired with enlarged air openings. There’s also a surprising Panamericana grille. Why it’s a surprise for us? Well, so far we were pretty sure that the feature is reserved for the topper only. Moreover, the previous testing model came fitted with a totally different two-bar grille. In any case, it’s nice to see you Panamericana!

The prototype has been fitted with larger wheels and performance tires as well, while we also expect some beefier braking system. In the back, the snowy prototype of the 2020 Mercedes-AMG GLB35 reveals dual-exhaust tips.

The cabin hasn’t been spied so far, but we assume that the automaker won’t skip the chance to introduce its dual-screen layout and a CLA-based dashboard. There is also a really big chance of seeing bucket seats and some special, most likely two-tone upholstery layout. 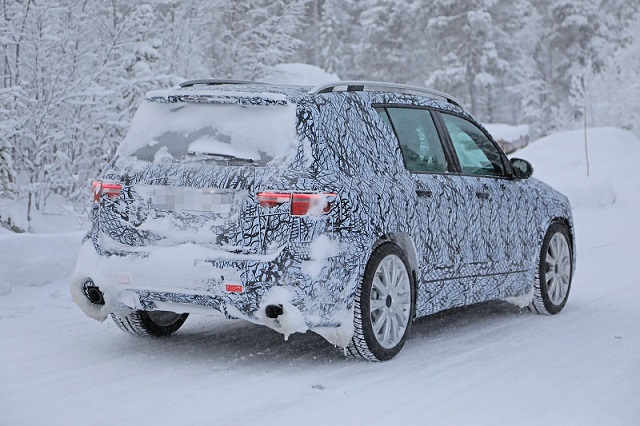 According to the latest reports, the 2020 Mercedes-AMG GLB35 will start somewhere at $40K. Like we said earlier, the carmaker works on a more potent AMG GLB45 model as well. The vanilla option will reportedly get a 400-hp mill and eight-speed auto gearbox, as well as a starting price that goes north of the $50K mark.