We’ve spied the AMG-treated Mercedes GLE 63 SUV just a few weeks ago while it was checking out its abilities. The testing prototype was almost uncovered, so we know almost everything regarding the future vanilla GLE version. This time, however, our photographers have managed to a catch a bit less potent model which is essentially a successor of the GLE 43. The model will lose the 43 badge. Instead, the German car automaker will name the SUV the 2020 Mercedes-AMG GLE 53. 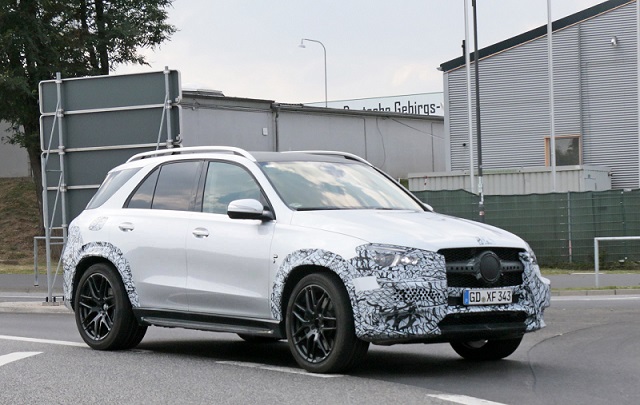 So, what’s so special about it?

Well, the 2020 Mercedes-AMG GLE 53 gets a great combination of a twin-turbo 3.0-liter straight-six engine and an EQ Boost-branded starter-alternator. The hybrid system will enable a combined output of exactly 457 horsepower and 567 pound-feet of twist. The power and torque will power all four wheels through an AMG-tuned 4Matic+ all-wheel-drive system and via a nine-speed automatic transmission. The carmaker didn’t want to reveal anything that regards the system, but we expect at least a 5-second time for a 0-62 mph sprint.

You are probably wondering how do we know that this is the 53 prototype and not the 63 model?

Well, the topping 63 version will get a set of squared pipes, while the electrified twin-turbo 3.0-liter straight-six powertrain exhales through a specific round exhaust tailpipe. Also, the 2020 Mercedes-AMG GLE 53 gets no the gorgeous Panamericana grille and hosts smaller air intakes. Under the skin, the 2020 Mercedes-AMG GLE 53 hides a new platform, which will make the 43’s successor significantly lighter. The architecture will reportedly have a positive influence on SUV’s interior space, but that’s rumor-based at the moment. 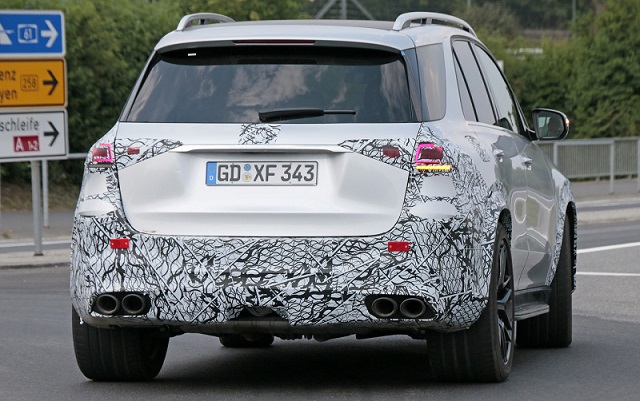 While the top dog 63 isn’t going to be introduced this year without any doubt, the milder 53 model could make its debut at the very end of 2018. If this happens, then it will make debut as the 2019 MY model.