An all-new GLE has been spied once again. However, in contrast to countless numbers of earlier occasions when we’ve managed to catch prototypes of the next-gen GLE SUV, this time the photographers have caught a testing model of the less practical yet more attractive 2020 Mercedes-Benz GLE Coupe. 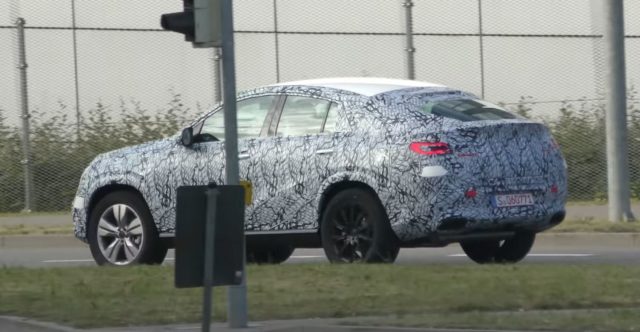 The totally camouflaged coupe-crossover shows a few new details even now. As far as we can see, the second-generation GLE Coupe sits even lower than the predecessor. It also has a lowered roof with a slightly more pronounced rake towards the back. The interesting shaped roof meets the trunk and back there creates some kind of a spoiler.

The sportier version of the GLE has managed to hide its new front end. However, as far as we can see, the front of the car will be even more aggressive than now. In addition, the carmaker will probably use some details from the non-coupe new-gen model (perhaps, the identical grille and headlights). In the rear, however, the prototype of the 2020 Mercedes-Benz GLE Coupe hosts a pair of totally new taillights that don’t even match the regular new-gen GLE. No, they are totally new and quite attractive. 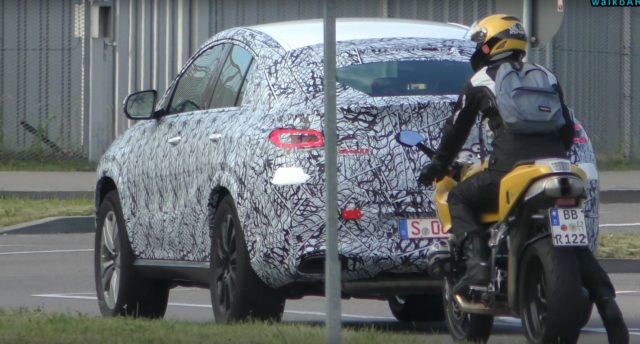 The 2020 Mercedes GLE Coupe will ride on a new platform. This MHA architecture replaces today’s MRA and ensures weight savings and a bit larger footprint. The prototype even now shows a few additional inches between front and rear wheels, which will increase interior room without any doubt. The extra space will be mostly used for rear-seat arrangement because it really needs to be improved. Though, we are not so sure what will happen to the headroom, because the prototype definitely hosts a lower roof than the predecessor. Perhaps the carmaker reconsiders to low-down the seats?

When it comes to the driver systems, the coupe-crossover will not lack behind the regular GLE without any doubt. You can expect the amazing Drive Pilot that first appeared in the new S-Class. In addition, the carmaker will not miss the chance to offer Active Brake and Evasive Steering assist, as well as an app called Remote Parking Pilot.

The 2020 Mercedes GLE Coupe will skip four-cylinder units without any doubt. Instead, the vehicle will strictly rely on inline-6 turbo engines. The base six-cylinder mill will reportedly deliver 362 horsepower and 369 pound-feet of torque, while the topping unit should fire 429 hp and 384 lb-ft of twist. Of course, AMG department will say the last word with a twin-turbo 4.0-liter V-8 that’s capable of producing over 600 horsepower. All options will be paired with a nine-speed automatic transmission and all-wheel-drive.

Since Mercedes plans to introduce the GLE SUV late this year, we assume that the coupe-like version won’t make its debut before mid-2019.