Mercedes finally introduced its S-Class SUV. The top-end high-riding vehicle which has revealed as the 2020 Mercedes-Benz GLS reached this year’s New York Auto Show and has shown what luxury actually is. The successor isn’t just larger and more powerful, but also delivers a range of useful features which you won’t be able to find anywhere else. This time, the German carmaker decided to defend the SUV’s leadership position in the full-size luxury segment by introducing plenty of upscale options including standard “carwash mode”. The feature can’t be found anywhere else at the moment: it actually adjusts practically everything for cleaning easier starting from mirrors, windows, sunroof, climate control, and wipers for you and even raises the air suspension. Amazingly, it shuts itself off when the car outreaches 12 mph. 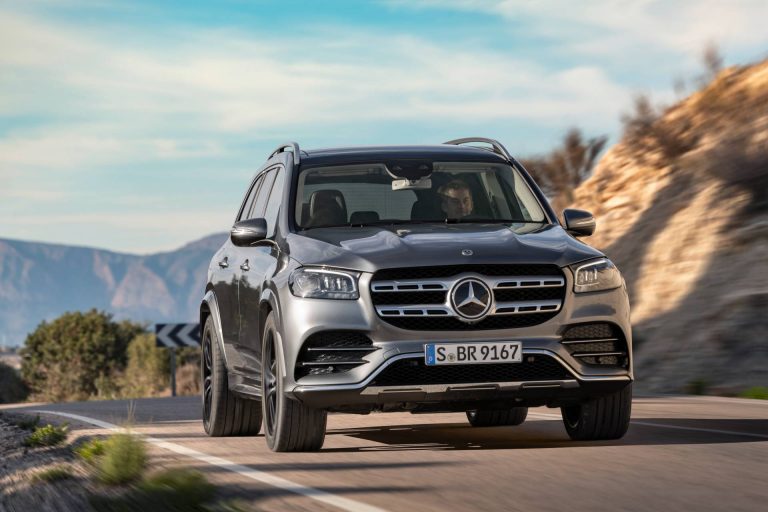 Extra Inches And More Space Inside Of The New GLS

Though, 2020 Mercedes-Benz GLS isn’t just the smart-cleaning car. No, there’s plenty of conveniences that will knock you out without any doubt. Compared to the outgoing GL model, the new-gen provides additional inches which are transformed into roomier cabin and cargo. The large SUV sports 3 inches of extra length and about 2.3 inches more between the front and rear axles, plus, the new one is wider exactly 0.86 inches. Thanks to the stretching, the 2020 GLS offers, well more than generous seating arrangement with folding second and third row when needed. When these two go down, the SUV provides 84.7 cu-ft of cargo space, which is more than enough, don’t you agree? We three-row SUV comes seven-seat arrangement, but the number of places can be reduced to six since potential buyers can choose two luxury individual rear seats in the second row. 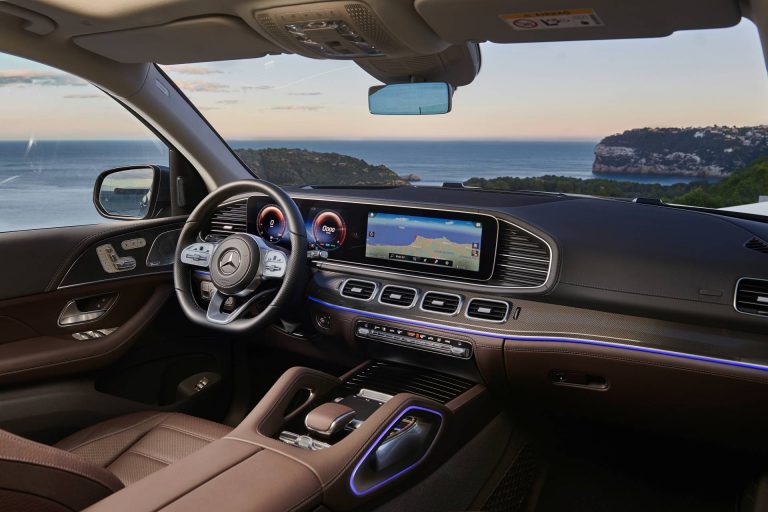 The cabin is also fitted with the company’s latest MBUX multimedia system; there’s a pair of large 12.3-inch screens for the gauge cluster and infotainment, as well as an available head-up display and dual 11.6-inch screens in the back which are actually the SUV’s MBUX Rear Seat Entertainment System. The new Mercedes GLS gets a range of standard features including an amazing Burmester surround sound system, inductive wireless charging, and 64-color ambient lighting. There are also 9 USB ports, while the MBUX gets Apple Carplay and Android Auto connectivity as well. 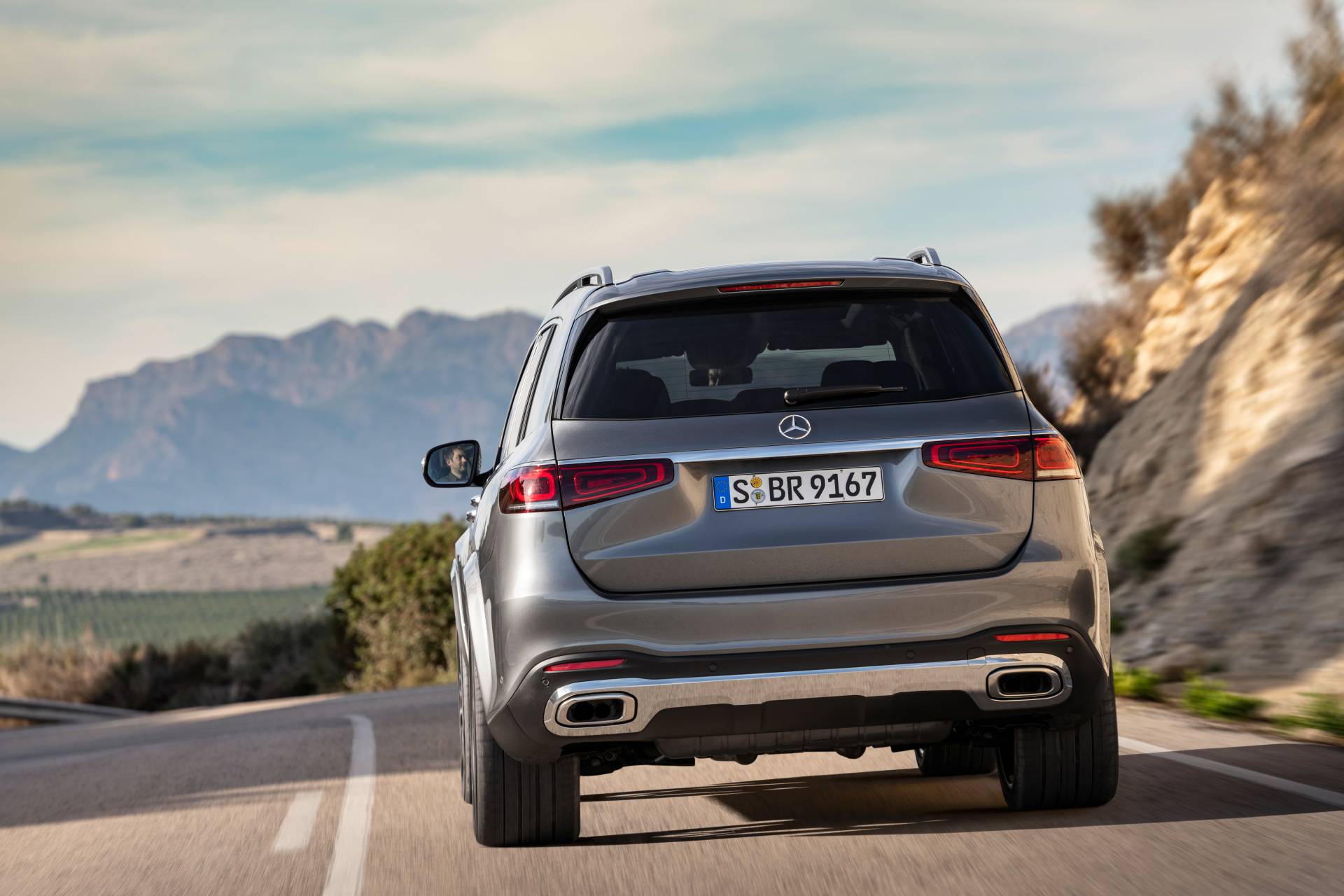 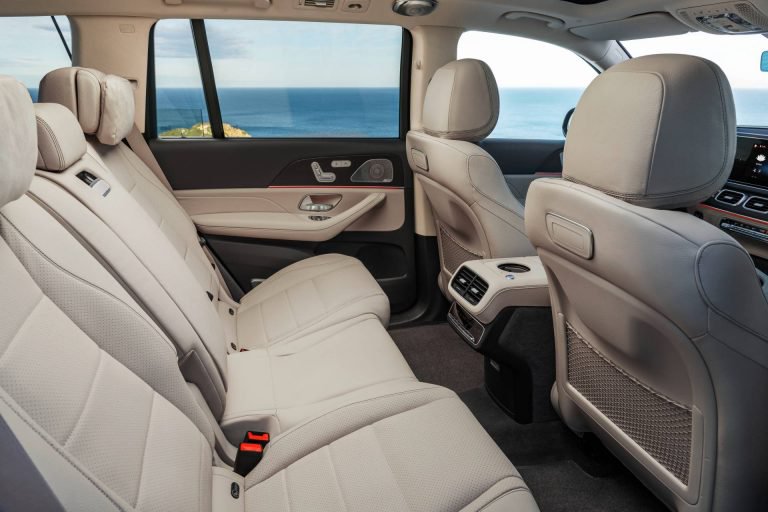 Beneath the hood, the 2020 Mercedes-Benz GLS450 comes fitted with a turbo 3.0-liter inline-six that’s fitted with electric assist. The might mill pumps out 362 horsepower and 369 pound-feet of torque, yet the output gets help in form of an EQ Boost 48-volt system with integrated starter-generator that adds 21 horsepower and 184 pound-feet of torque when needed. The more potent GLS580 model exploits an amazing 4.0-liter twin-turbo mill capable of delivering 483 horsepower and 516 lb-ft of twist. This one sports the same mild-hybrid help. According to the automaker, both GLSs will accelerate from 0 to 60 mph in less than 6 seconds, while top speeds have been limited to 130 mph. Also, both of them will be using a 9-speed automatic transmission and all-wheel-drive. It’s important to say that the new-generation Mercedes GLS provides a highly comfortable ride possibly the best you will be able to find in the segment. That’s going to be thanks to spring and damping forces at each wheel which are controlled via E-Active Body Control. This electronically controlled suspension system actually controls monitor the road surface to predict the wheel adjustment in every particular moment. 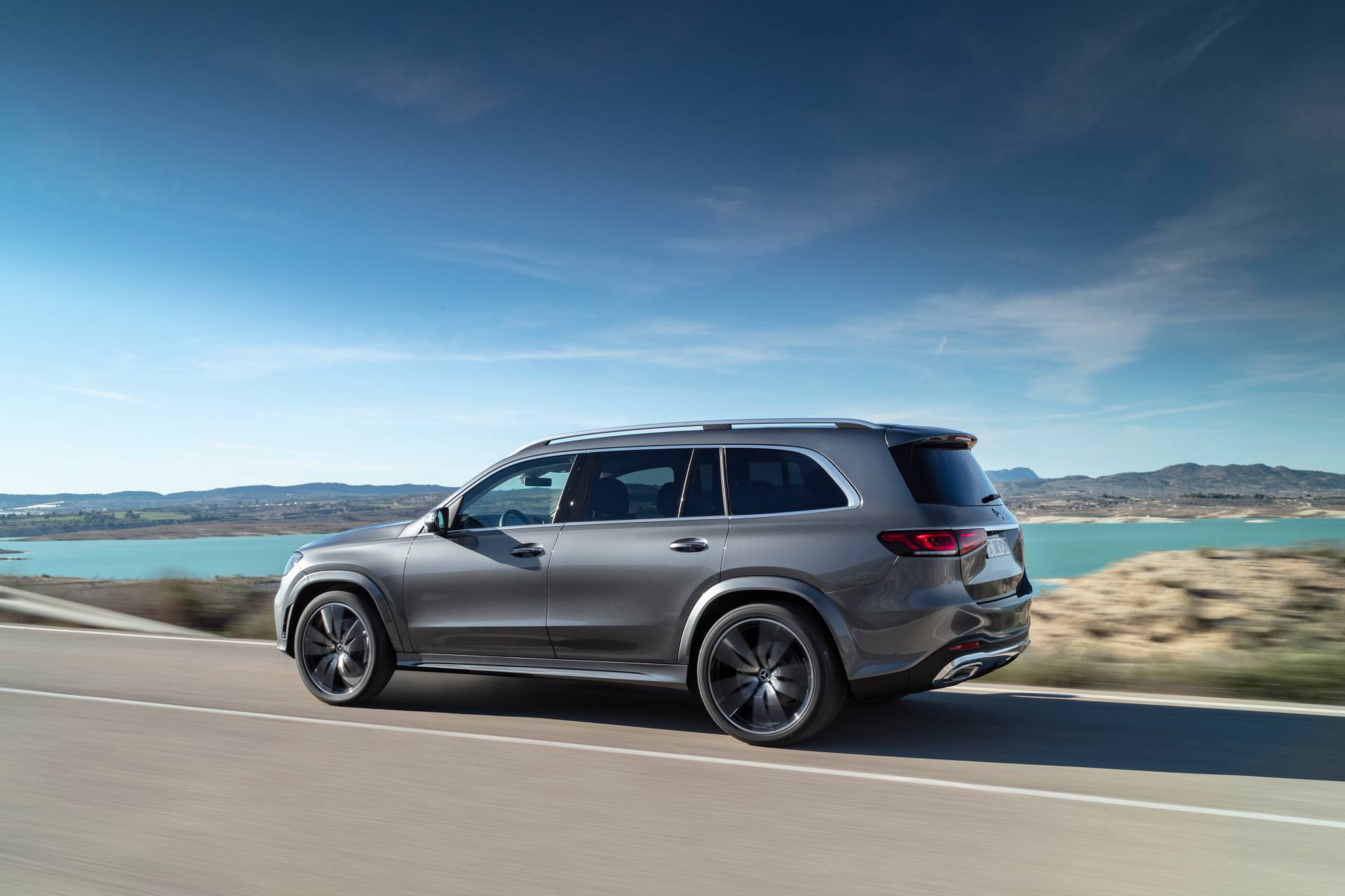 Mercedes hasn’t provided any pricing information so far. Still, we are pretty sure that the 2020 GLS is going to cost some extra money, simply because it’s far better than the outgoing model. The large luxury SUV will hit the dealerships before the end of 2019. Aside from the regular ones, the manufacturer’s performance department will launch a pair of AMG-treated models, a new GLS63 and a dubbed GLS73.