Opel is preparing some big changes for its fast-selling Mokka X crossover SUV. The redesigned vehicle, however, is not going to be ready as soon as we’ve expected, so don’t hope to see the new model before 2020. The 2020 Opel Mokka X will be essentially different from the model you know. That’s not only due to new styling cues which are going to get the redesigned vehicle but also because PSA Group has a plan to transfer all existing models to their platforms. 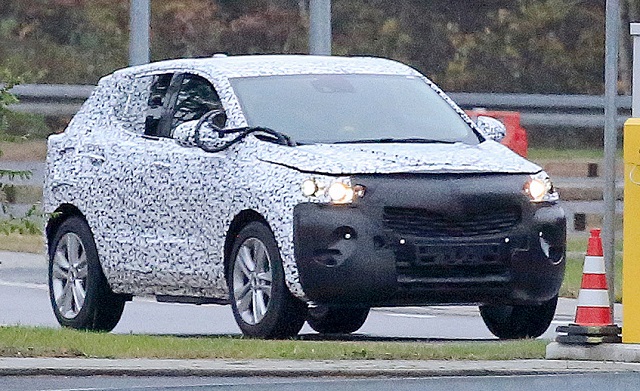 In the case of the popular subcompact crossover SUV, the automaker will shift it to PSA Group’s new CMP architecture. There are several reasons why they want to replace the existing model irrespective of the fact that the current Mokka X is one of the bestselling Opel’s at the moment. Today’s Mokka X rides on GM’s architecture and uses their engines. According to the sale agreement made between Opel and GM, PSA Group pays for use of both. Plus, the new CMP chassis will enable the use of new technologies under the hood.

Yes, the 2020 Opel Mokka X is reportedly getting an electric powertrain at some point. The manufacturer made the technology available with the DS 3 Crossback E-Tense earlier this year, so it’s quite possible to see the same setup hooked to wheels of the redesigned subcompact SUV. If everything goes according to the plan, you can expect an electric motor that delivers 136 horsepower and 191 pound-feet of torque and a floor-mounted 50-kilowatt-hour lithium-ion battery that should enable an electric drive range of 186 miles.

As for the non-electric model, well, the most potent next-gen Mokka X is going to use a 1.6-liter turbocharged inline-4, but it’s not going to be the only option available without any doubt.

In contrast to the new platform and powertrains, the successor will also get a slight increase in size. Judging by the latest reports, the 2020 Opel Mokka X is going to get an additional 1.18 inches in length, which is going to be used to increase rear-seat legroom.

The new spy shots don’t reveal anything regarding the redesigned crossover. The changes will reportedly make the new-gen model to look more like the Crossland X and Grandland X, which means that it’s not going to have anything in common with the current model.