This is not the first time we’ve heard that Porsche has a plan to introduce a coupe-like Cayenne. Moreover, out photographers have caught a prototype of what might be the future coupe-crossover two years ago. Still, the vehicle has not been officially confirmed until last Friday when Porsche boss Oliver Blume has granted a production green light to a new high-riding vehicle. 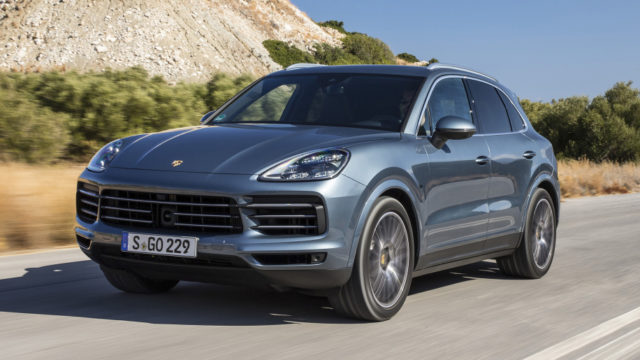 According to the report which has been given to Autocar the 2020 Porsche Cayenne Coupe is going to become available sometime next year. This means that the carmaker started development earlier, so the prototype we’ve spied a few years ago is most likely the testing mule of the coupe-like SUV.

There’s nothing official regarding the design of the 2020 Porsche Cayenne Coupe so far. However, Porsche design boss Michael Mauer confirmed the design proposal of the vehicle last fall, which means that the SUV has its shape already. We think that the all-new vehicle won’t differ overly from the regular third-generation Cayenne. More precisely, the automaker will keep the front end the same, while the rest of the car is going to feature some kind of fastback roof and liftback rear hatch, and most likely different taillights.

The German car manufacturer has a plan to introduce the 2020 Cayenne Coupe as a pure-performance model, which means that there will be no the familiar 3.0-liter turbocharged engine under the hood. Instead, the crossover will use a 2.9-liter twin-turbo V6 that delivers 440 horsepower. The topping option will, on the other hand, rely on a plug-in hybrid technology.

Porsche is largely late, so the segment counts plenty of names already. The coupe-like version of the Cayenne will compete with the Lamborghini Urus, BMW X6 M, Mercedes-AMG GLE43 and 63 Coupes, and the Land Rover Range Rover Sport SVR.