A rumor going around that Hyundai has in mind one more N-treated model. This one, however, has nothing in common with the Veloster N because it comes from the automaker’s SUV family. The Korean manufacturer is reportedly reconsidering or even working on the 2021 Hyundai Tucson N. Based on the model year, you can conclude that the high-performance SUV won’t be introduced soon. If we are lucky, the topper will see the light of day late next year. 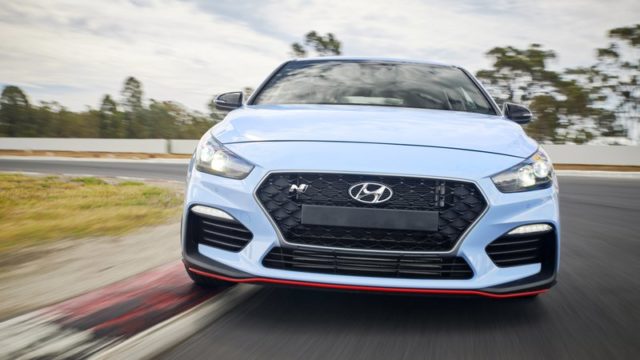 The most important part of the vanilla Tucson will be its new and big “heart” of course. Word on street is that the SUV is going to pack a 340-hp powertrain under the hood. The manufacturer hasn’t confirmed anything, and frankly, we have no idea which engine they plan to use. According to the newest rumors, the mill is actually all-new, 2.3-liter four-cylinder and exploits turbocharging technology. By using the engine, the 2021 Hyundai Tucson N should be able to speed up from 0 to 60 mph below 6 seconds. Taking into account that the Veloster N achieves the sprint in just 5.2 seconds with a 275-hp engine and around 400 pounds less, the six-second time seems logical don’t you think?

The extra-zooty SUV will most definitely suffer certain suspension improvements. Of course, Hyundai will not forget to make some changes on the exterior and interior design, so you can expect to see some extra air intakes and more aggressive bumper in the front, as well as different exhaust setup around back. At sides, the 2021 Tucson N will be treated with larger wheels that will come coupled with performance tires and beefy brakes. 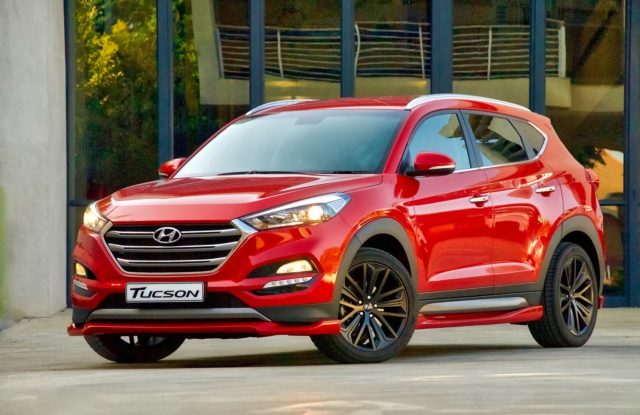 The biggest rivals of today’s Tucson are the Toyota Rav4 and the Mazda CX-5. As far as we know, neither of them will get a high-performance option in the coming years. On the other hand, Ford’s Edge has got an ST badge recently and that’s going to be Tucson N’s biggest concern for sure. It’s because, with the badge, the compact crossover also received a 335 hp and 380 lb-ft of torque 2.7-liter twin-turbocharged V-6 mill.