Fiat’s interesting 500X SUV was introduced back in 2014. The vehicle was an interesting option to buy back then, but now desperately needs something new and fresh to offer, so it’s not any wonder at all why the carmaker works on a mid-cycle updated 2019 Fiat 500X which is going to make its official debut this fall. 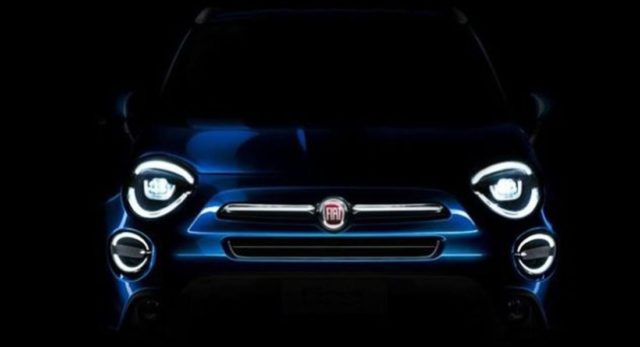 Even though there’s still a couple of mounts before the official arrival, the Italian automaker decided to release a single teaser in order to raise the temperature. Now, we have to admit that we are not some big fans of the nameplate, but the teaser promises an interesting face. The new headlights seem to be elliptical, LED and eye-looking, while the daytime running lamps host LED technology as well. Below, the crossover gets a pair of new fogs and a completely new bumper. Since we spied a testing prototype of the 2019 Fiat 500X earlier this year we also know that the carmaker prepares new bumper and taillights in the rear.

Inside, the SUV will reportedly get a new steering wheel and an updated infotainment system. However, we don’t have any closer information about it yet. The cabin should get some new upholstery combinations and revised trim.

Like we said before, the 2019 500X is going to be introduced this fall, most likely at the 2018 Paris Motor Show. The crossover will probably keep its price untouched.

Pentastar V-6 and 5.7L Hemi Are Getting Turbo Replacements