Porsche’s updated bestselling nameplate has been finally introduced. We are talking about the refreshed 2019 Porsche Macan of course. The compact luxury SUV is unveiled on Wednesday in Shanghai, though the first examples will not hit the U.S. dealerships before early 2019 without any doubt.

Even though it has been updated only, the crossover gets a number of changes, so it’s really hard to count all changes. Porsche’s design department made the 2019 Macan more athletic thanks to a wider and lower front end. They also added 20- and 21-inch alloy wheels which mirror the carmaker’s sports cars. In addition, both head- and taillights adopted LED technology, while the rear end hosts a three-dimensional LED strip that’s stolen from the Panamera. According to the carmaker, the 2019 Porsche Macan sits on the tuned chassis which will allegedly improve handling and comfort. Still, they didn’t provide any further information so far, so we don’t know the details. 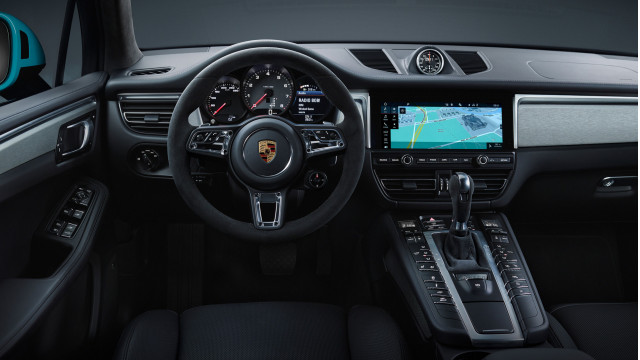 Inside of the compact luxury SUV, you will find a new 11-inch touchscreen display for the infotainment system. The feature gets customizable menus with improved voice activation and navigation with real-time traffic updates. The driver also gets swarm-based traffic data thanks to Here Cloud connection, while Offroad Precision app records driving experiences off road. The updated crossover gets upgraded driving aids including Traffic Jam Assist that controls acceleration and braking at speeds of up to 37 mph, as well as mild steering functions at slow-moving traffic. 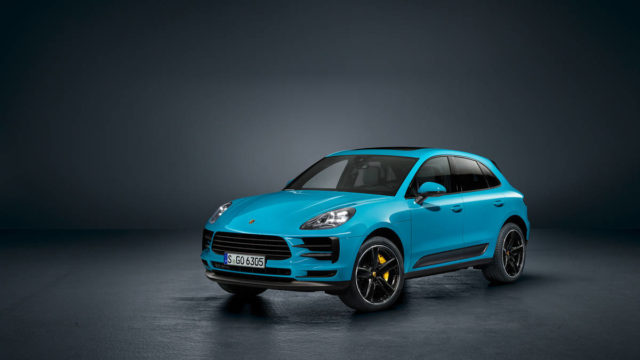 Porsche’s powertrain department was busy too. The base model will use a 2.0-liter four-cylinder engine with the ability to develop 252 horsepower. In Europe, however, the same mill will be limited to 245 hp due to more stringent Euro 6d-TEMP regulations.

The 2019 Porsche Macan S will squeeze off more power from its six-cylinder mill. The option will jump from 340 horsepower to 354 ponies. This means that the updated GTS model should be able to pump out more from today’s 360 hp.

The topping 2019 Macan Turbo will rely on automaker’s biturbo 2.9-liter V6 which is going to deliver 440 horsepower. 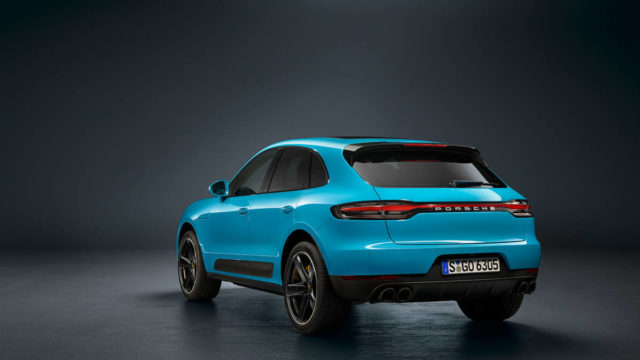 Porsche didn’t reveal any pricing information so far, so stay tuned for updates.