We’ve caught several testing prototypes of a facelifted Mercedes’ GLC Coupe over the 2018 year. This one would definitely be the last one spotted last year, as the guys from WalkoArt took the pictures two days ago. As you can see, the German automaker is testing the refreshed 2020 Mercedes-Benz GLC 300 Coupe – an SUV that’s going to use a 299-hp engine.

This is not going to be the only option under the hood of course. Instead, the European model starts with 184-hp 2.0-liter turbo unit that’s going to power the GLC 200. In addition, the automaker will offer a 2.0-liter diesel as well. The 194-hp mill powers the 220 d version of the coupe. The more potent 350 d diesel will also get a power upgrade, but we don’t know the details at the moment.

On the other hand, it’s clear already that the new GLC 43 Coupe is getting an improved V6 with over 400 horsepower. No matter which one you choose, it will be paired with a 9-speed automatic transmission. The entry-point version of the coupe-SUV for North America comes paired with an updated 2.0-liter turbo engine that instead of today’s 241 horsepower produces 255 ponies.

Since it shares bones with the C-Class, the 2020 Mercedes-Benz GLC 300 Coupe will most probably share the same updates with the sedan. Meaning, you won’t be able to find any MBUX system inside of the updated SUV. Instead, it will be fitted with the C-Class’ HD screen, while the dashboard gets a new digital dashboard.

The facelifted exterior styling shows new lights on both ends and a slightly restyled grille. Though, don’t expect the same headlights for every GLC Coupe. No, because the automaker prepared two light designs, which is the case with the C-Class too. 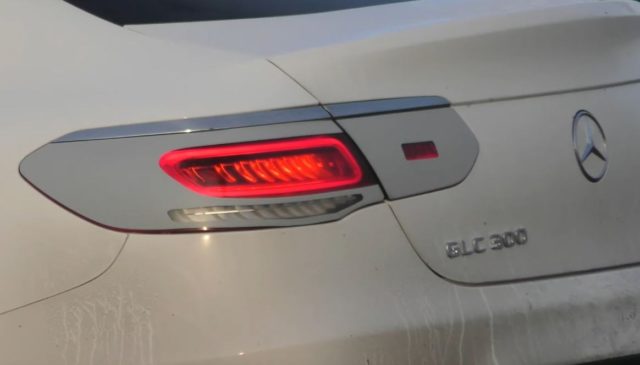