According to the Carscoops, a collaboration between Ford and Volkswagen will not only stay limited to commercial vans. No, the automakers will also cooperate on more products, including pickup trucks. More precisely, Blue Oval will help the German car manufacturer to build a workhorse which is going to be a worthy rival in mid-size pickup truck segment in North America. 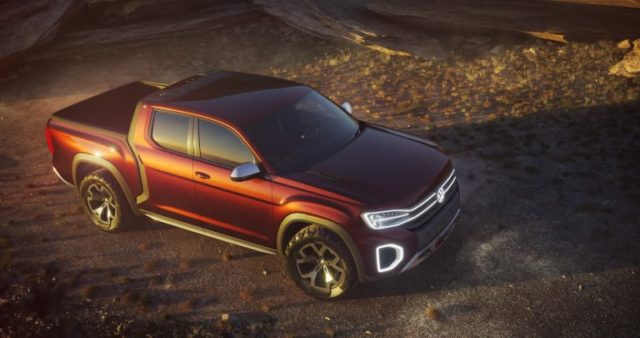 However, Volkswagen has no intention to introduce a completely new nameplate. No, they will rather make the new-generation Amarok instead. Essentially, the biggest issue of the successor is its future platform, and that’s where Ford jumps into the game. The 2022 Volkswagen Amarok will reportedly borrow bones from the current T6 Ranger.

The major redesign will also include a brand new design for the 2022 Amarok. The workhorse will most probably mirror the impressive Atlas Tanoak concept, which is great because the concept looks seriously confident, especially in the front end where it hosts illuminated LED headlights and a handsome grille. Compared to the current Amarok, the successor will definitely offer better safety kit and suspension tuning.

Under the hood, the 2022 Volkswagen Amarok will most probably rely on domestic options. Although Ford’s EcoBoost mills could be an extra-quality for VW’s mid-size pickup truck, this is not going to happen. Instead, the workhorse will most likely use a familiar 3.6-liter V6 engine that produces 276 hp and 266 lb-ft of torque at the moment. The engine will probably use an eight-speed automatic transmission, while the manufacturer might also reconsider an electric aid in form of a 48-volt mild hybrid system. In addition to the amazing engine, the pickup truck could also come fitted with the 2.0-liter BiTDI and 3.0-liter V6 TDI. 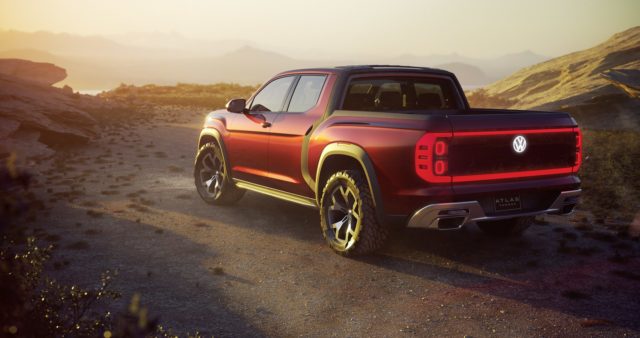