Chevrolet’s third generation Equinox has been spotted several time until now, so the new shots we got wouldn’t be some big surprise if this is really the aforementioned crossover. No, this isn’t the 2018 Chevy Equinox, but its European sibling, or more precise the 2018 Opel Antara. How we know the difference? Well, it’s pretty simple, because the prototype wears German license plates, and the guy in the back seat looks more European you know 😉 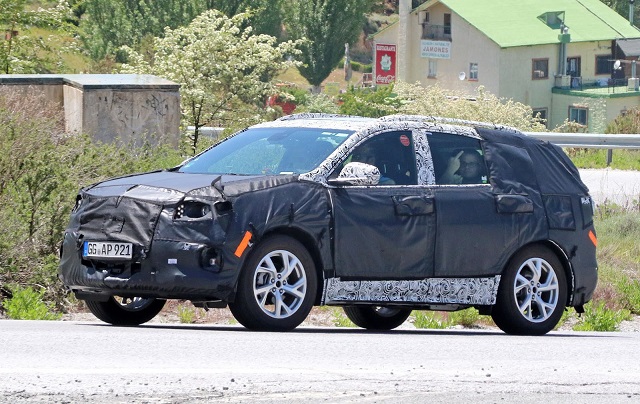 Both the next generation Chevrolet Equinox and the new Opel Antara will get the same changes. The car manufacturer plans to place them lower in the lineup, so the crossovers might lose several inches in the length. Why? Because the carmaker have an ambitious plan to attack the compact crossover segment, which is the most popular class at the moment. The 2018 Opel Antara (and Equinox) will replace the current platform with GM’s new D2XX/D2UX architecture.

We don’t see the actual styling due the camouflage, but some reports claim that the exterior should have more dynamic. The carmaker might add some details from the new Volt or Cruze, which will be pretty evident in the front end. As a matter of fact, the headlights are completely the same like the Volt’s, while the pentagonal grille adorns most of Chevy’s new models. We are not sure why, but the rear end looks extended, so there might be more space inside, despite the shrinking into the compact measures.

The interior is getting a complete redesign without any doubt. We know because we already saw a small part of the new cab. The manufacturer will add the latest MyLink infotainment and simplified layout, with less buttons and more functions. 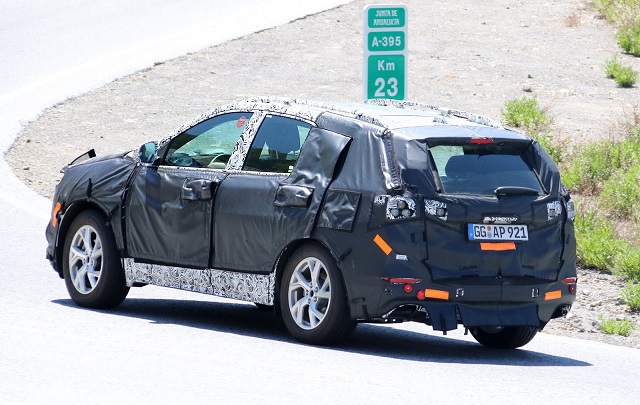 Under the hood, the 2018 Chevy Equinox will offer a base 2.5-liter four-cylinder engine with 197 horsepower and 192 lb-ft, yet you will able to choose something different like a 2.0-liter turbo engine with 252 horsepower and 260 lb-ft, or even a 1.5-liter unit from the Malibu. On the other hand, the 2018 Antara crossover will borrow its engine options from the Opel Astra K, so there will be a wide range of both gasoline and diesel units.

Both model will compete against some really might rivals such as the Ford Escape, Honda CR-V, Hyundai Tucson, Mazda CX-5 and Nissan Rogue. This means that the carmaker must come up something new and revolutionary if it means to win this battle. Anyway, the new Equinox and Antara SUVs will be arrive early next year, so we will see what they offer.