This is the second time we’ve managed to catch a testing prototype of the 2019 Volvo V60. This time, however, the car manufacturer is checking out wagon’s new abilities on snow. Bearing in mind that the vehicle comes from Sweden they don’t have to go anywhere to find snow because the country is snowy enough these days. Compared to the previous prototype, this one wears significantly tinnier camouflage. Though, there is still enough plastic which prevents us to see what’s actually happening beneath. 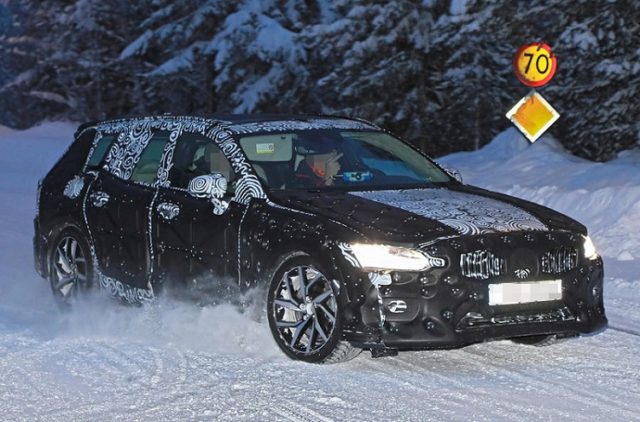 We think that the next-gen V60 wagon definitely shares a lot with the new V90. Moreover, the headlights and grille are identical, while the rear hatch appears to have a similar treatment. Of course, the important difference is car’s footprint. Still, trust us; you will have more than enough room for everything if you choose the smaller brother instead of the more expensive V90. After all, both of them are using the same stretchable SPA platform, which supports ever single Volvo from S60 up, including crossovers. 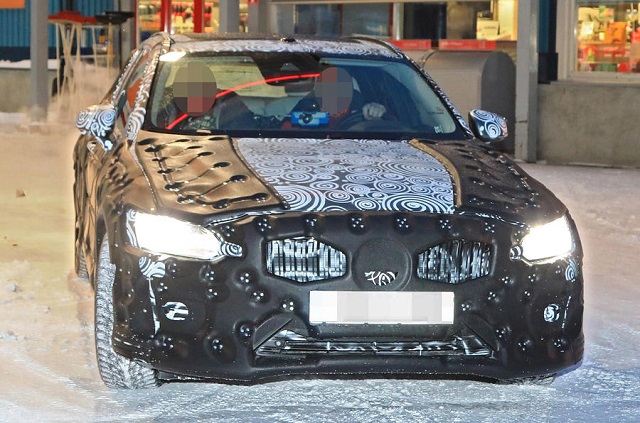 The exterior won’t be the only thing that the 2019 Volvo V60 shares with the bigger brother. No, the awesome wagon will also host the pretty much the same interior treatment, including an amazing 12.3-inch digital gauge cluster and very clean and intuitive 9.0-inch touchscreen infotainment. The car manufacturer may also enrich the new-generation V60 with small digital screens from a Garmin interior concept. Essentially, the biggest dashboard difference will be the shape of the air vents. Yes, the smaller wagon will have its own design. 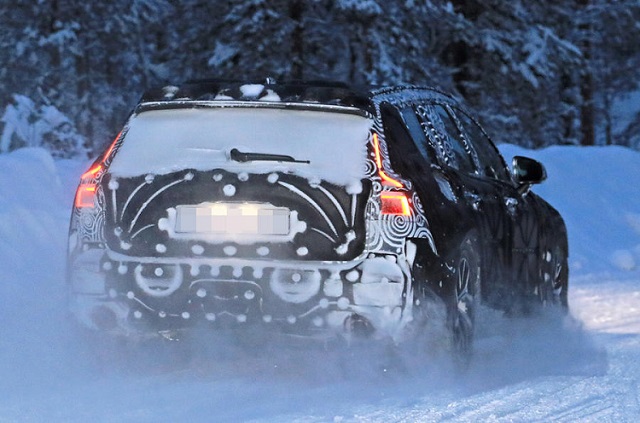 Under the hood, the Swedish car manufacturer will offer pretty much the same options as it offers the new XC60. The base wagon will use a turbocharged 2.0-liter inline-4 with 250 horsepower. This is the so-called T5 engine. In case you want more power for some reason, there is going to be the more potent T6 option. It’s basically the same 2.0-liter unit, though, except turbo power, the mill features supercharged technology too and delivers 316 horsepower. Volvo will not skip the chance to add a plug-in hybrid option as well. The electrified V60 will rely on the same T6, which is supported by a single electric motor. Altogether, the powertrain produces 400 horsepower and 472 lb-ft and this is more than enough power.

Volvo will skip most of the upcoming auto shows. In other words, it’s going to visit just the most popular events. This means that the totally redesigned wagon could appear either at the upcoming Geneva Motor Show in March or at the end of April in Beijing. The 2019 V60 will be produced home in Sweden at Volvo’s plant in Torslanda.