The new generation US-specs Kia Sportage is finally introduced to the North American public. The compact crossover SUV seems to have everything for the battle in the hottest-selling segment, but then again, there are no guarantees for anything. In any case, the car manufacturer really did a great job on the 2017 Kia Sportage. They managed to improve all weakest points of the previous model, starting from dimensions, styling and tech. 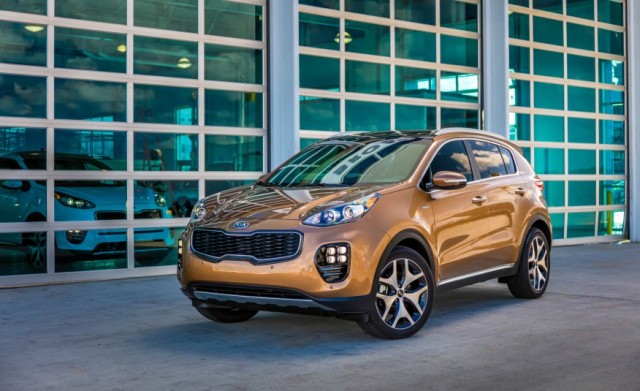 The exterior of the crossover looks to have that love it or hate in design. The front end is lowered but wider, which makes the overall impression quite aggressive and dynamic. In addition, the 2017 Sportage features redesigned grille and headlight styling, as well as bolder front bumper. The rear end looks to have updated all-new taillight design and revamped rear bumper.

However in contrast to the expected exterior changes, the interior of the next generation Kia Sportage has manages to surprise us with plenty of useful features. The compact SUV offers three trim levels, so the base LX comes with a standard a 5.0-inch touch screen, SiriusXM satellite radio, Bluetooth, a backup camera, and a 160-watt audio system, while the EX model has long time expected and really amazing UVO3 touch-screen infotainment system that includes an outstanding a 7.0-inch touch screen with Android Auto and Apple CarPlay phone-mirroring. Still, the top trim level will be the 2017 Kia Sportage SX Turbo. This model gets the same infotainment, but with an eight inches big touchscreen. The SX is further equipped with navigation, 19-inch wheels, LED taillights, HID headlights, “ice cube” quad-element LED fog lamps, heated and leather-wrapped flat-bottom steering wheel, paddle shifters and aluminum-trimmed pedals. 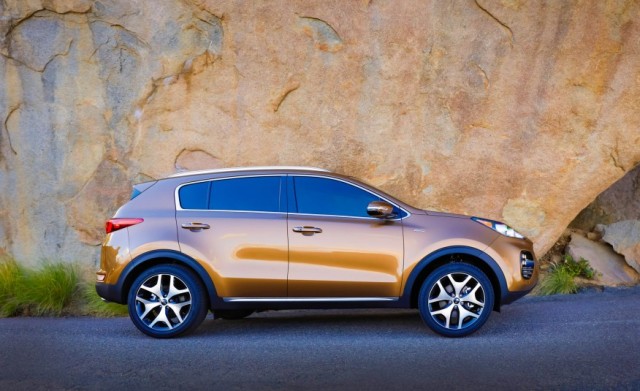 Under the hood, the US 2017 Sportage crossover will offer a naturally aspirated 2.4-liter engine, which will be able to deliver 181 horsepower and 175 lb-ft of torque. A turbocharged 2.0-liter will go only with the SX Turbo model, and the unit will deliver 241 hp and 260 lb-ft of twist. 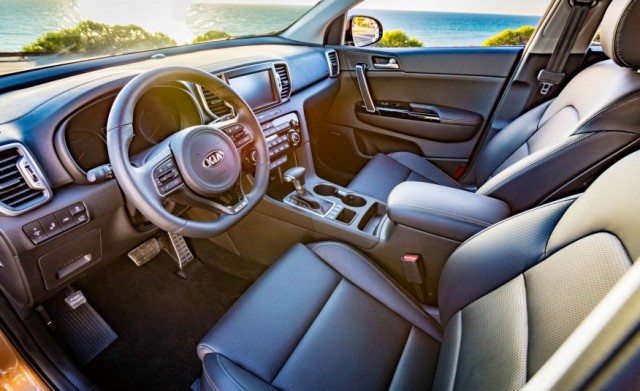 The manufacturer didn’t say anything about the fuel economy or price, but our sources said that the compact SUV should improve its MVP results. On the other hand, the crossover’s pricing stay the mystery for now.