Mitsubishi’s Outlander plug-in hybrid is finally here. The US version of the electric-based crossover has been rumored for some five years, but now the carmaker decided to offer this automotive piece of work to North American customers. The 2017 Mitsubishi Outlander PHEV made its U.S. debut today at the 2016 New York auto show, so we have most of specifics. 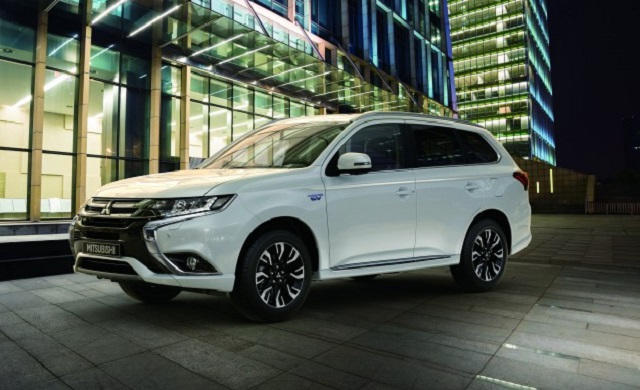 The plug-in hybrid high-riding vehicle looks pretty similar as the overseas model, but we still don’t know the exact performance figures. According to the Japanese car manufacturer, the 2017 Outlander PHEV will use pretty complex drivetrain that combines a 2.0-liter 4-cylinder engine and an electric motor at the front axle and a second electric motor that powers rear wheels. Both electric motors are supplying with power from a 12-kilowatt-hour lithium-ion battery. Like we said, the carmaker didn’t released any closer information that regards the power output, but we think it must be similar to overseas, which delivers around 200 horsepower and 284 lb-ft of torque. Since it has front and rear electric motors, the outstanding crossover can easily travel on electric-only four-wheel drive mode. However, this all-electric journey lasts around 32.5 miles, which sound pretty impressive. 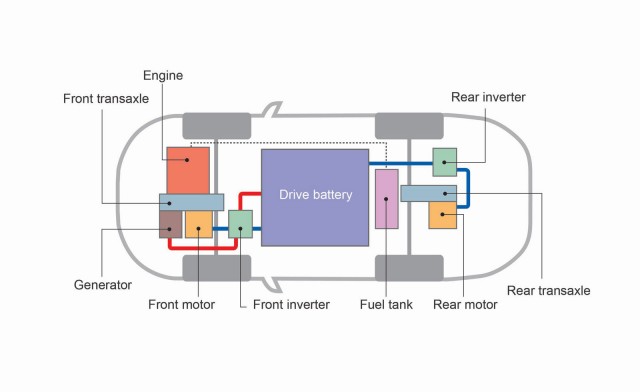 The rest of the vehicle is pretty much the same, so you can expect a luxury-loaded crossover with three-row seating and number of safety aids that include Forward Collision Mitigation with pedestrian detection capability, a 360-degree multi-view camera, Blind Spot Monitoring with Rear Cross Traffic Alert, as well as great entertainment such Apple CarPlay and Android Auto smartphone integration.

The carmaker hasn’t been overly loquacious at the official presentation, so we still don’t know plenty of details like fuel economy, trim levels and price. However, judging by the latest reports, the 2017 Mitsubishi Outlander PHEV will hit the US dealerships before fall, so we will found out more very soon.