The existing mid-size pickup truck segment is not something where the German’s automakers dominate. However, the arrival of the VW Amarok in 2010 made things a little bit better for them. Since the truck didn’t undergo any changes for six years the rumors became louder and louder each day, but this time, there is no need for speculation, because we managed to catch the prototype while it was testing its durability in the cold part of Sweden. We must say that we were expecting the completely redesigned 2017 Volkswagen Amarok, but instead, the car manufacturer decided to do just a mild facelift. 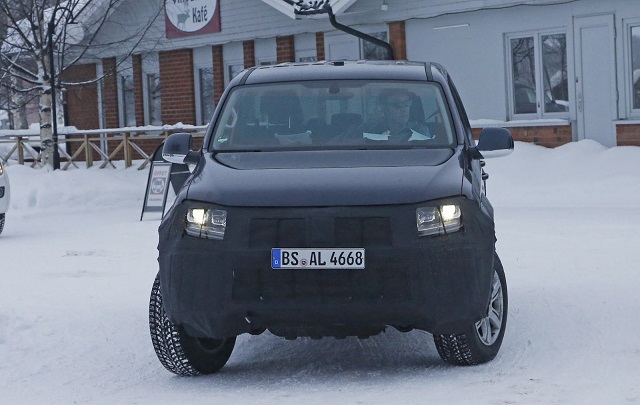 The refreshed 2017 VW Amarok will receive some changes on the exterior, but don’t except anything huge. The prototype hides just its front end below the camouflage and almost nothing more. The new front fascia will feature a redesigned chrome grille, which irresistibly resembles to one we saw on the newest Tiguan crossover. There is also an all-new front bumper that looks to be larger and bolder, while the bi-xenon headlight design seems even more handsome with these new LED daytime running lights. Around back, the 2017 Amarok gets just a little bit different taillamps at the moment, but we hope to see some other changes on the production model.

The interior refresh is a lot more intensive and includes plenty of improvements. VW’s pickup truck will have a completely new steering wheel and all-new upholstery. In addition, there will be the new climate control and updated infotainment with an eight-inch touch-screen – pretty similar to one we saw in the Power-Pickup concept. The 2017 Volkswagen Amarok will likely borrow Tiguan’s latest safety aids and off-road applications. 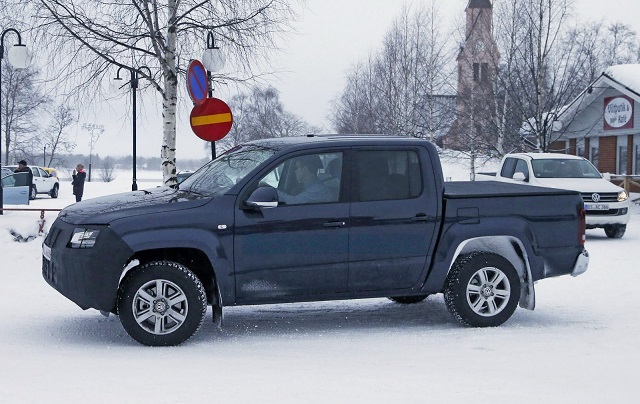 Under the hood, the mid-size truck will offer a 2-liter TDI turbo diesel engine, which will “show two faces” – one that produces 140 PS (103 kW), and second with 180 PS (132 kW). So far, the Amarok had only the manual transmission, but this time the manufacturer decided to add a 7-speed DSG dual-clutch gearbox too.

The updated 2017 VW Amarok will be introduced late this year, while the price probably stays as it is now.