There was hearsay about a compact sized pickup truck from Ford. We’ve heard the unofficial information last summer, but back then, the automaker didn’t want to confirm the possibility. This time, however, they don’t have to say anything, because the images say enough. Although the testing prototype looks like a small minivan, we are pretty certain that there’s a compact pickup truck beneath the camouflage. So far, the carmaker hasn’t revealed anything about it, so it’s still a no-name model. However, according to the latest reports, the unibody pickup will be called either the Ranchero or Courier. Call that a hunch, yet we bet on the second nameplate. 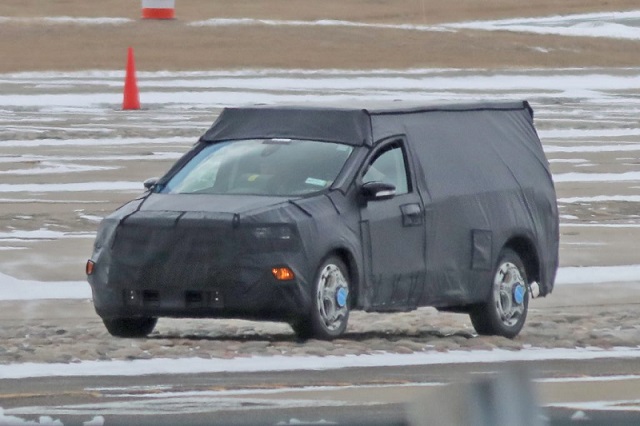 The pickup truck for which we believe it’s going to be introduced sometime next year as the 2021 Ford Courier is going to be underpinned by a unibody platform. More precisely, it’s going to ride on the Focus-based architecture. The prototype hints the presence of the independent rear suspension, which is a reason more to believe in car roots. There’s also a dual exhaust layout in the back; the treatment suggests that there’s going to be some four-banger beneath the hood. This still unknown unit will be paired with the front-wheel-drive system. Though we hope to see a more expensive AWD setup as well. Up front, the camo hides a horizontal-bar grille, but the automaker may introduce various trims and designs, which will feature different grille treatments. 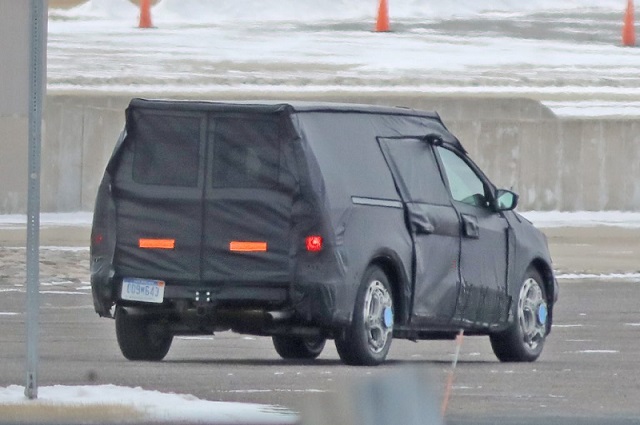 Interestingly, word on the street is that this new model is going to use Focus’ turbo 2.0-liter turbo-four engine. If it happens, then you can also expect standard six-speed manual gearbox and optional eight-speed automatic transmission. Under the hood of the popular hatch, the awesome mill succeeds to squeeze out 252 horsepower and 270 lb-ft of torque, so we expect at least that much for the 2021 Ford Courier. Some reports suggest that Blue Oval may reconsider some kind of hybrid powertrain for its new compact pickup truck. Well, although there’s nothing official, we believe this might happen because the automaker intends to electrify its lineup entire as soon as possible. 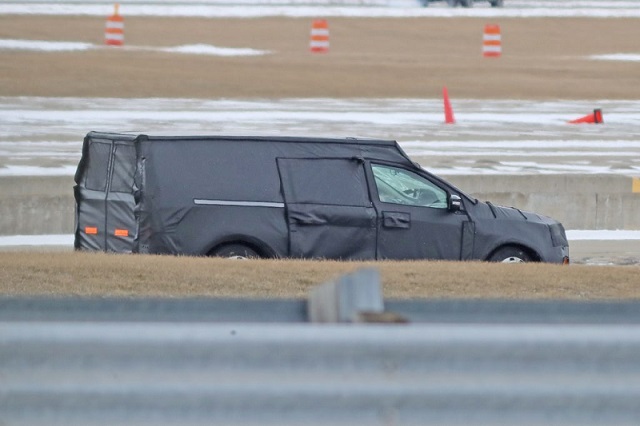 When it arrives in late 2020, the Focus-based Courier pickup isn’t going to be alone in the compact segment. No, as Honda already sells the Ridgeline model and Hyundai is going to introduce its Santa Cruz by the time the 2021 Courier arrives.