The new Ford Explorer finally arrived. At the first glance, the successor is sportier, stronger, more capable, more attractive, and better in every way from today’s model, and here is why: 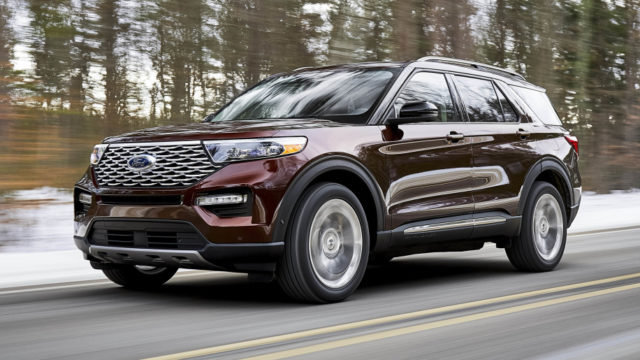 After an eight-year adventure to the front-wheel-drive underpinning, the 2020 Explorer returned to a rear-wheel-drive based architecture. Just don’t expect any kind of body-on-frame chassis here, because that not going to happen ever. Instead, the sixth-generation Explorer will use the new and modular D6 platform, which also serves for the Lincoln Aviator. The new bones will cut around 200 pounds of weight from the popular mid-size crossover SUV thanks to its high-strength steel and more aluminum. Also, the platform demands longitudinally mounted engines. 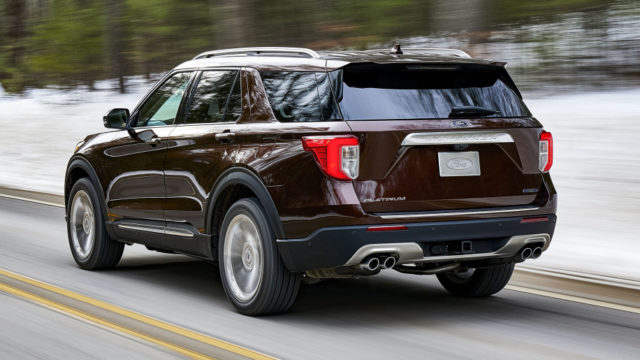 Speaking of which, the 2020 Explorer comes paired with a 2.3-liter turbo-4 unit that pumps out 300 horsepower and 310 pound-feet of torque. More expensive trims like the Platinum model gets a brutal 3.0-liter twin-turbo V-6 engine capable of delivering 365 horsepower and 380 pound-feet of twist. That’s not going to be everything, though. No, because the automaker prepares the most powerful ST model, as well as a hybrid powertrain. Still, these two will not be available right away. 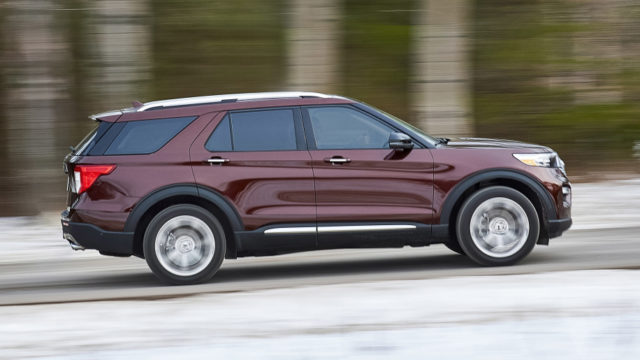 In any case, all options will be coupled with a 10-speed automatic transmission, while all-wheel-drive comes as a more expensive option. By using its base turbo-4 mill, the new-gen Ford Explorer becomes capable to tow up to 5,300 pounds, which is not bad at all. Of course, the numbers grow when the crossover comes hooked to its twin-turbo, so potential buyers can expect an SUV capable to two up to 5,600 pounds. 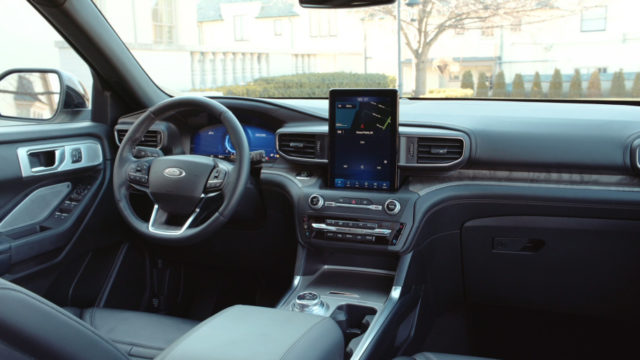 There will be seven drive models available with the 2020 Ford Explorer thanks to a new Terrain Management System. The feature provides Normal, Trail, Deep Sand/Snow, Slippery, Sport, Tow/Haul, and Eco.

Explorer’s new exterior is definitely more attractive than the outgoing. It’s not just because of a sloping roofline and swept-back front end, but also thanks to shorter front and rear overhangs. This way, the SUV definitely looks sportier, don’t you think? 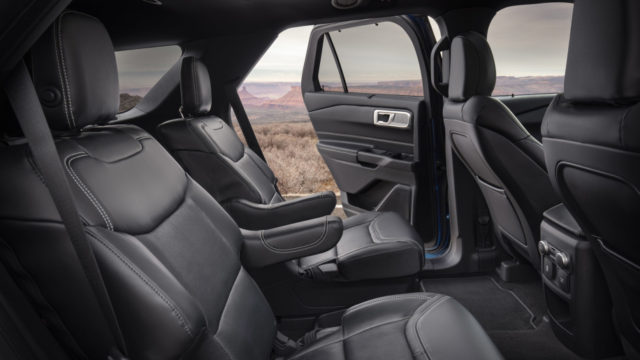 Inside of the large family SUV, you will find nothing but modern features and latest technologies. Honestly, the 2020 Explorer gets a standard 8.0-inch touchscreen infotainment system with Apple CarPlay and Android Auto compatibility. On the other hand, more upscale trims will feature a 10.1-inch touchscreen. The crossover is fitted with a 12.3-inch digital gauge cluster, but that’s not all. Oh no, it’s not even close as the vehicle also pack four USB ports, a 110-volt outlet, and three 12-volt outlets. You will be able to connect up to 10 devices thanks to a 4G LTE connection with Wi-Fi. The Explorer uses acoustic glass and available active noise cancellation in order to keep things quiet inside, but if you want to make noise that’s not going to be a problem at all since the vehicle comes coupled with a 4-speaker 980-watt B&O sound system. 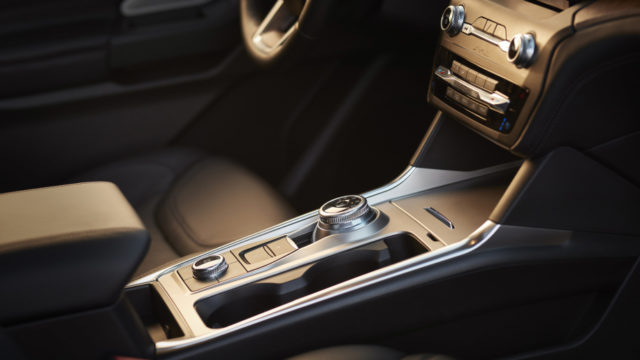 There three rows of seats inside of every Explorer of course. However, potential buyers will be able to make choice between a regular second-row bench seat and second-row captains chairs. No matter which one the customers pick, it will come with LATCH hookups for car seats. That’s also standard for the third row of seats. Of course, the greatest pleasure will provide front seats. They are not only 8-power adjustable but also heated and cooled. Plus, they provide extra pleasure thanks to five massage modes.

Since both, the second and the third row of seats can be folded down, the three-row SUV gets plenty of available cargo room. According to the automaker, a completely flat load floor provides 87.8 cubic feet of space. 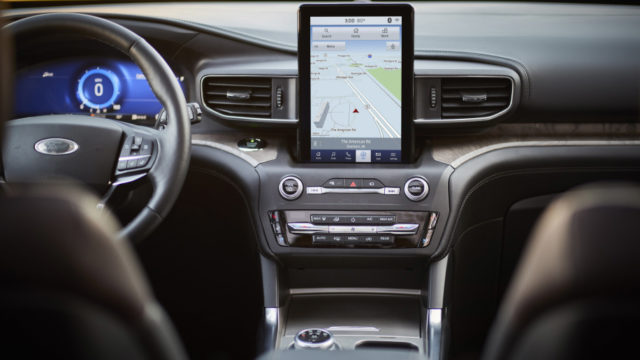 The redesigned crossover will definitely deliver better safety features from its predecessor. The car comes paired with standard Co-Pilot 360 suite of active safety technology. This Ford’s system includes a long list of pretty useful features. There are forward-collision warnings with automatic emergency braking and pedestrian detection, blind-spot monitors with rear cross-traffic alerts, and active lane control, a rearview camera with built-in lens cleaner and automatic high beams, as well as side-wind mitigation. The pricier Platinum model gets a few extra features like reverse brake assist and an automatic parking system. There’s also an optional intelligent adaptive cruise control system that works together with a navigation system. The cool feature adjusts the speed of the car based on speed-limit sides. 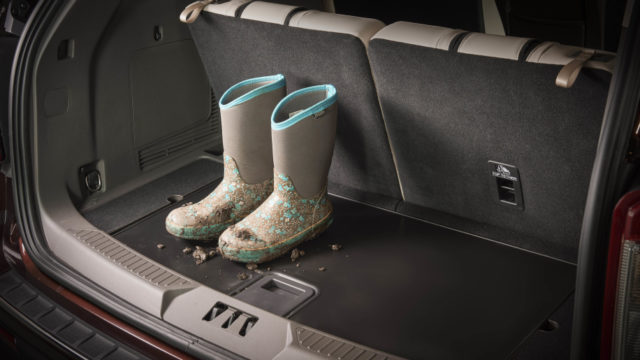 The 2020 Ford Explorer will come in five trim levels (XLT, Limited, Limited Hybrid, ST, and Platinum). The automaker didn’t want to release price at the moment, but they did say that the new entry-point model is going to cost $400 more than the current base version of the SUV. Meaning, the sixth-gen Explorer will start at $34,000.