BMW’s new generation 5-Series wagon is almost ready, but unfortunately it won’t be sold in North America. In place of the all-new 5-Series Sports Wagon, the German car manufacturer is preparing the 2018 5-Series Gran Turismo. On the other hand, the European drivers may expect the new Sports Wagon, which is overseas known as a 5-Series Touring to arrive sometime in 2017, most likely at the 2017 Geneva Motor Show. 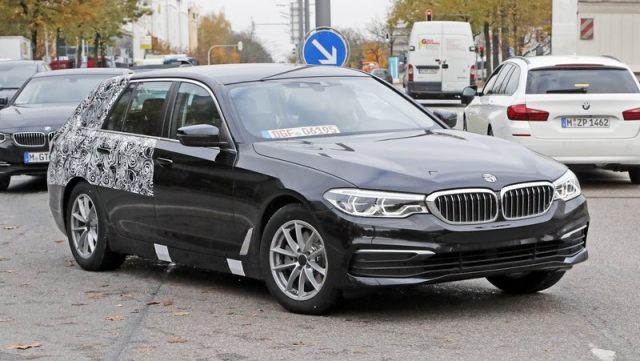 The popular wagon will come totally redesigned. Except of the quite visible cosmetic changes, the carmaker will also change everything beneath the skin. The car will ride on a new modular platform, so called CLAR that’s going to make it notably lighter and more rigid of course. The latest reports indicate that this could cut off around 220 pounds, which isn’t bad at all. In addition, the wagon is going to get a few more inches between the wheels, as well as wider body. On the other hand, regardless the fact this is a complete redesign, the 2017 BMW 5-Series Touring will largely resemble the outgoing version. Yes, both the front and rear ends are featuring some new details, but this isn’t too dramatic at all. Instead, there are just new headlights and more pronounced fenders, and possibly different bumper in the rear.

Inside, the interesting wagon is going to have more space without any doubt. According to our sources, cargo capacity will be around 580 liters and 1,700 liters when you fold down the rear seats. 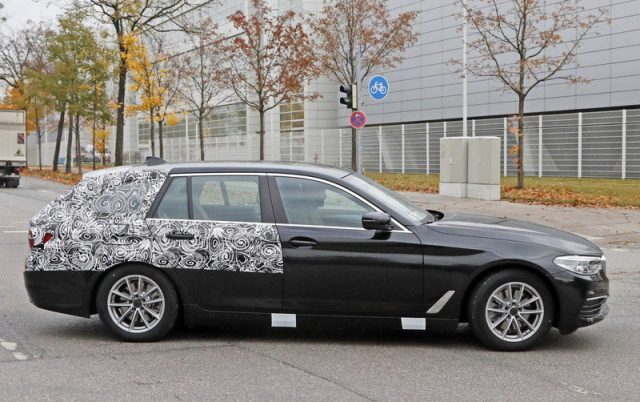 Engine wise, you can expect everything to be carried over from the new generation sedan. The 2017 BMW 5-Series Touring will definitely offer 4- and 6-cylinder mills, as well as a biturbo 4.4-liter V8 that’s going to power the range-topping version. The unit will be able to produce a whopping 462 horsepower and 479 pound-feet of twist. Except of the turbocharging and direct-injected engines, the next generation 5-Series wagon will also offer a plug-in hybrid mill. The powertrain will likely combine a 2.0-liter turbo engine and a single electric motor, which is going to be integrated with an eight-speed automatic transmission. Altogether, the system will deliver 245 horsepower and 295 lb-ft of torque. 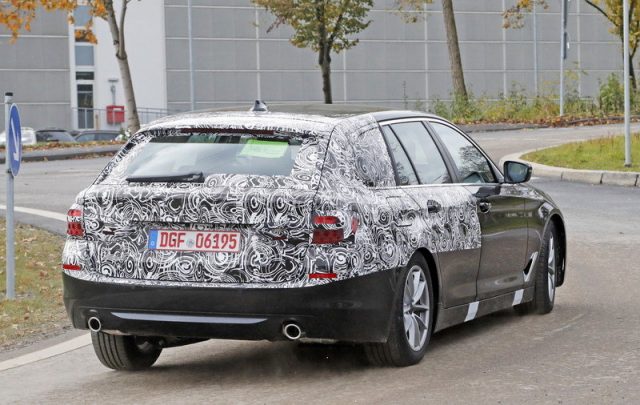