These are the first images of the upcoming 2017 BMW X4 M40i before its official introducing. The sporty crossover SUV reveals lots of new details on the exterior styling, which by the way looks really fascinating. However, since it comes from M division, the best X4 version will also offer the outstanding powertrain and quite sporty interior. 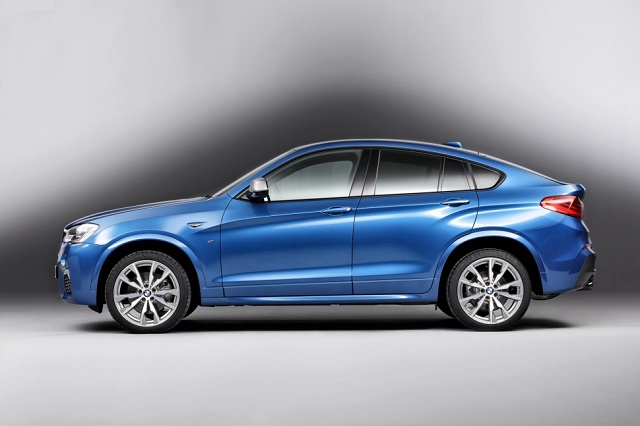 As you can see, the M Sport package-equipped exterior offers really amazing kit. The crossover rides on 20-inches big wheels Double-spoke style 680 M type Bicolor, which are specially designed for this 2017 BMW X4 M40i. In addition, there is a new front bumper with four air dams, and this exactly makes the SUV more aggressive. The rear end also features redesigned bumper styling, as well as the rounded exhaust tips. We need to mention that this Long Beach Blue color looks really inspiring. The interior is also fresh and new, and has an all-new M leather steering wheel with a 3-spoke design. In addition, you will find sports seats arrangement and partly upgraded instrument cluster. 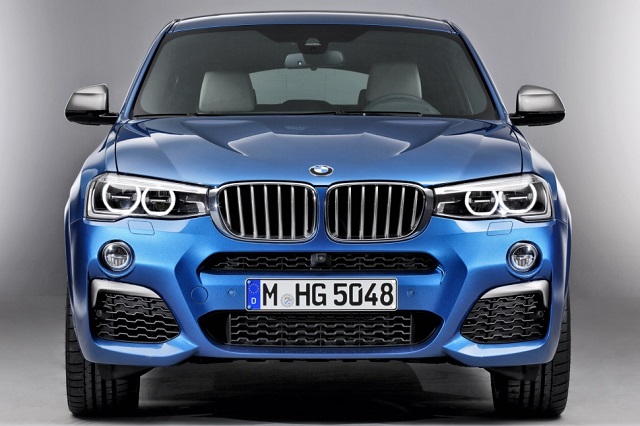 The 2017 BMW X4 M40i will get a powerful TwinPower Turbo inline 3.0-liter engine that will deliver 360 horsepower from 5,800 to 6,000 rpm and 342 lb-ft of twist from 1,350 all the way up to 5,250 rpm. The mill will be paired to an eight-speed transmission and all-wheel-drive. The performance results of the powertrain are also revealed, so you can expect the stylish crossover with a top speed that’s electronically limited to 155 mph and a 0-60 sprint slightly below 5 seconds.

The amazing car will likely hit this year Los Angeles auto show, so we will found out the specific details about the 2017 X4M40i. However, regardless of the fact that it will make its debut this year, BMW plans to release the updated model sometime in 2016.