This year’s New York Auto Show promises to be really interesting, yet the crossover segment will once again attract the biggest attention. The 2017 Toyota Highlander won’t come as the all-new, but just as refreshed model. Still, regardless the fact, it looks pretty fresh and amazing, and moreover features some really brilliant options. 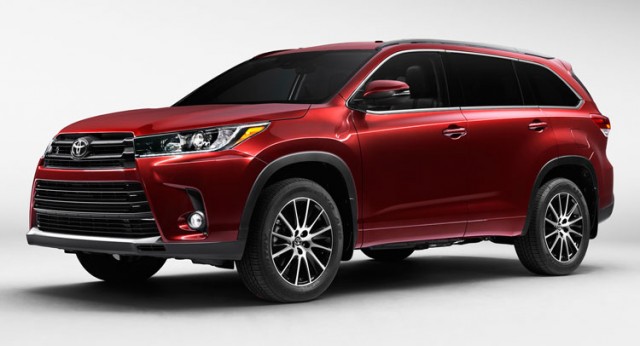 The 2017 Highlander carries notably updated exterior design, but the Japanese car manufacturer made one new trim level, which will make the outstanding crossover even more interesting. However, each trim level has some unique styling tweaks, and this is especially obvious on the grille and bumper. We are mostly amazed with the all-new 2017 Toyota Highlander SE and range-topping Platinum versions. When it comes to the SE option, it will be embellished with black elements all around exterior and stylish 19-inch aluminum alloy wheels. It will also get stiffened suspension, while the interior features blacked styling too. The mid-size SUV will offer three-row seating with choice of seven and eight seating options, as well as the amazing safety tech that is one of the strongest points of the refreshed Highlander. The crossover gets Toyota Safety Sense package that contains lane-departure warnings, auto high-beams, automatic braking, Pedestrian Pre-Collision and radar-based automatic cruise control. Still, the top-notch Platinum trim will be better for one more detail – Bird’s Eye View Camera, which is really useful thing. 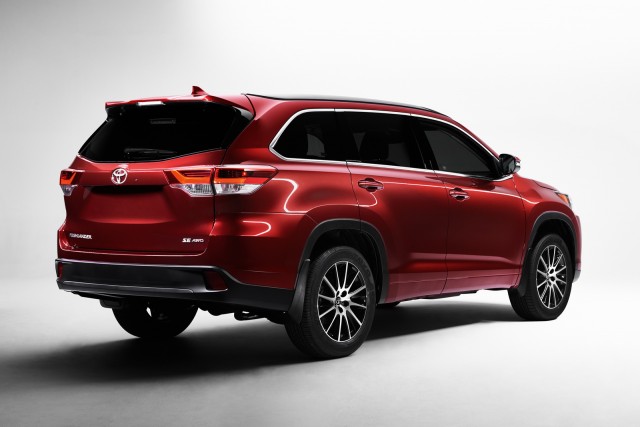 A 2.7-liter four-cylinder engine will stay the base option and will likely continue to deliver 185 horsepower, which will power the wheels through six-speed automatic transmission. The second option will be a 3.5-liter V6 unit, but we are not so sure what to expect from it. Toyota says this is the new engine, yet we think this will be just a revamped V6 from the 2016 model, which will have a direct fuel injection that should enable more power that earlier. This option will be paired with an all-new eight-speed automatic gearbox that replaces the previous six-speed, and hopefully provides better fuel economy. Speaking of which, the MPG numbers will be additionally improved with auto stop-start system that will only lack from the base LE option. The carmaker will offer the 2017 Toyota Highlander Hybrid that will combine a V6 engine and electronically-controlled CVT. We expect nothing less from 280hp from it. 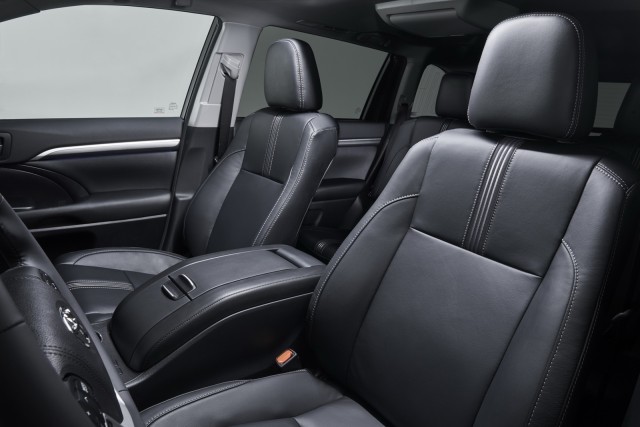 Like we said, the refreshed 2017 Toyota Highlander will be introduced at the 2016 New York Auto Show. However, the amazing crossover won’t roll into dealerships before fall.

Updated 11/13/2016:This is quite unexpected and unusual! Toyota has decided to reduce the price of the 2017 Highlander hybrid. It is unusual because the amazing crossover SUV has just receive some pretty important updates and styling refresh, and in that cases almost every car manufacturer increase, or eventually keep the same price. Well, it appears to be that Toyota isn’t like everyone else. They just announced that the base model starts from $37,210, while the Limited costs $45,700, which is over $3,000 less from the last year model. On the other hand, the Limited Platinum model will cut out a bit less, and will be priced $48,820. The interesting SUV will come in dealership in three to five days, so you will be able to see this piece of art in live very soon.