Seat already announced the arrival of the all-new crossover. The future vehicle is planned to be positioned below the current Ateca SUV, so it will be very tiny. Moreover, we have the first spy shots that show the actual footprint of the vehicle. Yes, the car looks like some kind of hatchback, but it will be the 2018 Seat subcompact crossover, which isn’t named yet. 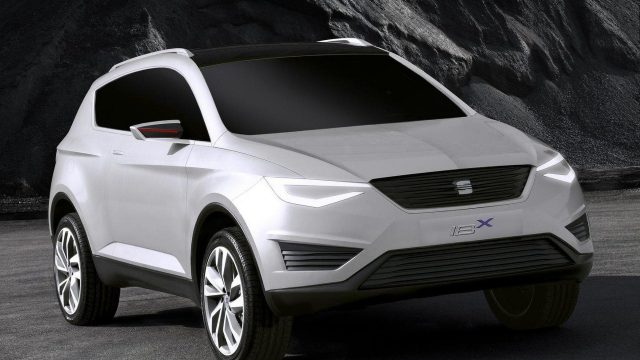 Judging by the spy photos we saw (motor1.com), the 2018 Seat subcompact crossover will feature really aggressive exterior styling. The front end gets a streamlined hood, which additionally boost crossover’s dynamics. It is pretty difficult to see all the details due the heavy camouflage, but the roof appears to be lees sloped from Ateca’s. From our point of view, the all-new vehicle will be pretty much alike to the new Ibiza hatch, which will be introduced at the next Geneva Motor Show.

Of course, the 2018 Seat subcompact crossover will have much in common with VW’s SUVs. The car will use a MQB platform, so it should have a standard front-wheel and optional all-wheel drive. Moreover, the Spanish car manufacturer could also offer a range-topping Cupra option, which will likely feature one really powerful drivetrain. As for the regular model, it will probably have VW Group’s latest turbocharged four-cylinder engines, both gasoline and diesel, as well as an all-new 1.0-liter three-cylinder unit that will power the base model. Although the crossover seems rather small, its MQB A Zero architecture is really amazing, and provides plenty of space, so don’t you worry because the upcoming vehicle won’t be tight inside.