The 2017 Ford F-150 Diesel isn’t something that we hear for the first time, and moreover, we already wrote about this possibility. However, in contrast to the previous report, this time there is no room for any “maybe”, because we saw the F-150 diesel prototype a few days ago. How do we know that this is a diesel model? Well, as a matter of fact, it is pretty simple. The testing mule carries a Venturi-type exhaust tip, which was inherent in Ford’s Power Stroke, so we are pretty sure about this matter.

The big question is why would Ford do anything like that despite historically low fuel prices, which makes the fuel economy less important? Actually, the answer is very simple: This is Ford, and they do what they want. In addition, the people buy the Ram1500 EcoDiesel, so there must be some open space for one more oil-burner pickup truck.

The 2017 F-150 Diesel has to have a drivetrain that will be at least equal to Ram’s 3.0-liter EcoDiesel engine, which is capable to produce 240 horsepower and 420 lb-ft of torque, and reaches 29 mpg combined. Ford already has a 2.7 liter Ecoboost V-6 gasoline engine, but it reaches “just” 26 mpg highway, which is still under Ram1500 Eco Diesel fuel economy. 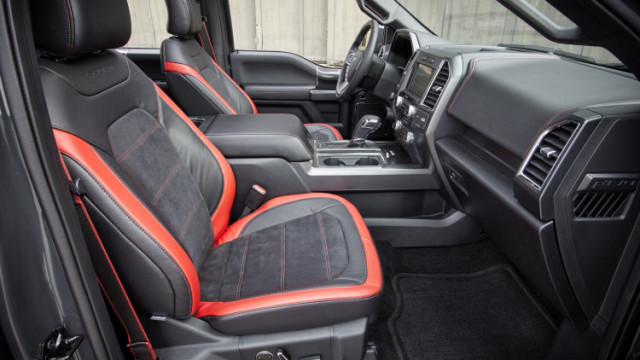 Unlike the amazing gasoline EcoBoost technology, the Blue Oval Company didn’t invest too much into the oil-burners, so they don’t have anything that will answer to this big challenge. On the other hand, there is a car manufacturer that has something brilliant, and as we heard, they are in the mood to borrow it. According to our insider, the 2017 Ford F-150 Diesel will use a 3.0-liter Lion V6 diesel unit from Jaguar Land Rover. This engine is capable of producing 254 horsepower and 443 lb-ft of torque, and what’s more important, it is fully compatible with Ford’s new and smooth 10-speed automatic transmission. We have nothing official about possible fuel economy of the diesel truck, but everything below 30 mpg combined would be a failure for the carmaker.

The first estimations indicate that the new Ford F-150 Diesel pickup truck should cost around $35,000, while it is expected to reach the showrooms in early 2017.