Comeback of Ford’s iconic Bronco nameplate is still far away. According to some Blue Oval dealers, the off-road SUV won’t hit showrooms before late 2020, which means that the model could be introduced early next year, probably at the 2020 Detroit Auto Show. 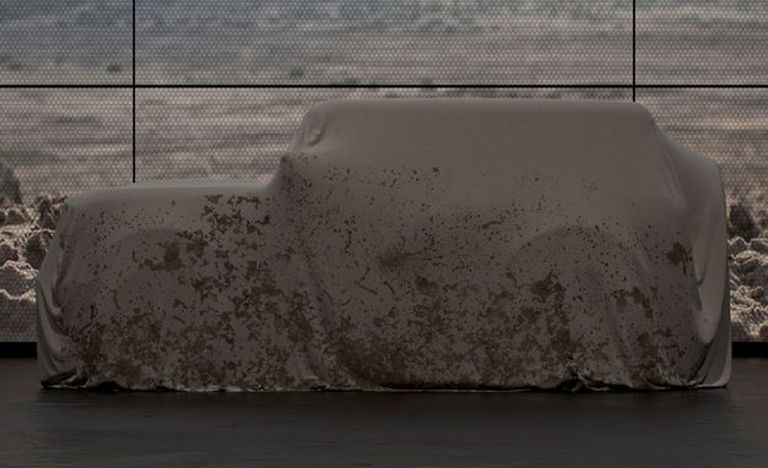 The 2021 Ford Bronco is under development already and we’ve managed to catch the very first testing mule a few weeks ago. Back then, the automaker was using a reworked Ranger pickup for the testing purposes, so we were not able to figure out what exactly is happening. Still, based on the camouflaged vehicle and its quite short wheelbase, Blue Oval most definitely started testing the two-door Bronco. Even though we have practically nothing on the two-door Bronco, we can bet it’s going to get pretty much the identical footprint as the Wrangler. Bearing in mind that Jeep sells its four-door off-roader as well, we are absolutely sure that there’s going to be a matching Bronco too. 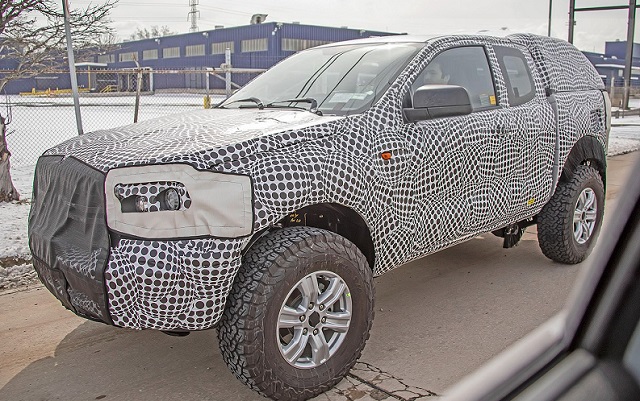 According to Automotive News, the all-new Bronco will offer pretty much the same options as the Wrangler. Meaning, the hard-core off-roader will have removable doors without any doubt. Though, unlike the Wrangler, Ford’s iconic SUV will keep side mirrors at A-pillars. The doors won’t be everything the 2021 Bronco is going to lose occasionally. The model will offer open-air amusement as well. Yes, the SUV’s hardtop roof will be removable. This’s going to be the third available convertible SUV; in case you’ve forgotten, there’s the Wrangler Convertible and Land Rover’s Evoque Convertible at the moment.

The nameplate that was killed back in 1996 will hopefully keep its distinctive look when it comes back. The only available teaser so far hints the SUV’s new-old, retro boxy shape and some familiar styling cues such as round headlights and rectangular grill in the front, as well as a rear-mounted spare tire around back.

Allegedly, the 2021 Ford Bronco will use Ranger’s future body-on-frame underpinning with solid axles at both ends. There’s nothing official regarding the performance of the SUV, yet the latest rumors say that the model should use an EcoBoost mill with the ability to pump out up to 325 horsepower. Though, the guys from Motorauthority are pretty sure that the retro-styled SUV is going to get a hybrid option too. Of course, the model will be fitted with four-wheel drive only, while power should travel via company’s ubiquitous 10-speed automatic transmission. There’s hearsay about Ford’s seven-speed manual gearbox as well, but we highly doubt it’s going to happen.

In addition to the regular body-on-frame four-wheel drive Bronco, the automaker is also working on a smaller sibling that’s currently known as the baby Bronco. This one, however, will use unibody architecture and some other nameplate – most likely “Puma”.