Nissan’s bestselling crossover has been introduced as the Rogue Sport to the North American public just a week ago, and we managed to catch a facelifted model today. Judging by the spy shots, the 2018 Nissan Qashqai will definitely receive several cosmetic tweaks inside and out, but this won’t be the most important changes. According to the Japanese car manufacturer, the refreshed compact crossover will also get a semi-autonomous driving technology. 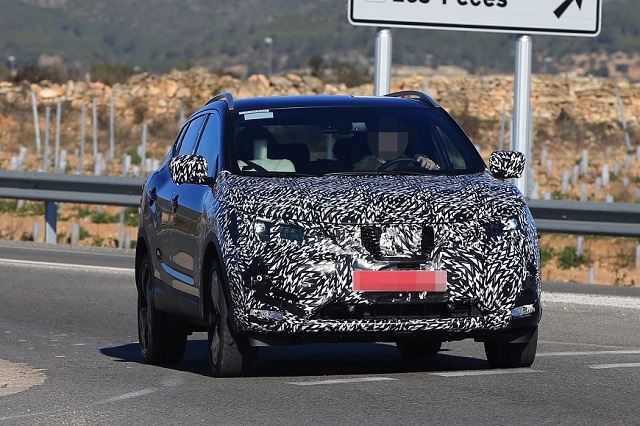 This so-called ProPilot system uses a big number of sensors and cameras. More precisely, there will be five radar units and four laser scanners, as well as the 8-way camera system, which is enough to cover every possible angle of the car. As we have heard, the 2018 Qashqai will receive the multiple-lane control – a system that autonomously changes lanes during highway driving. It does that ahead of a potential hazard.

As for the styling changes, the camouflaged prototype appears to have a bit different front and rear ends. Up front, the crossover features a new grille, which seems to be borrowed from today’s Rogue. There is also a different bumper with bigger air intakes, as well as new LED headlights. The hood is wrapped in the camo too, but we don’t see what’s new. Around back, the 2018 Nissan Qashqai sports a new bumper and redesigned taillights. The automaker uses here the 19-inch Tekna-inspired wheels from the Qashqai Premium Concept, but these won’t reach up the production lines for sure. 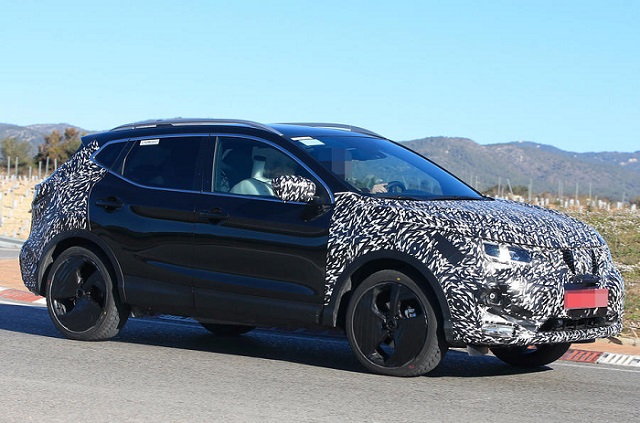 We can’t say for sure whether the carmaker plans to change anything under the hood. They might bring a turbo-charged, 2.0-liter, four-cylinder VC-T engine, which has around 27 percent better fuel economy from today’s four banger.

The refreshed 2018 model should arrive at the Old Continent sometime this year, most likely at the 2017 Paris Motor Show.